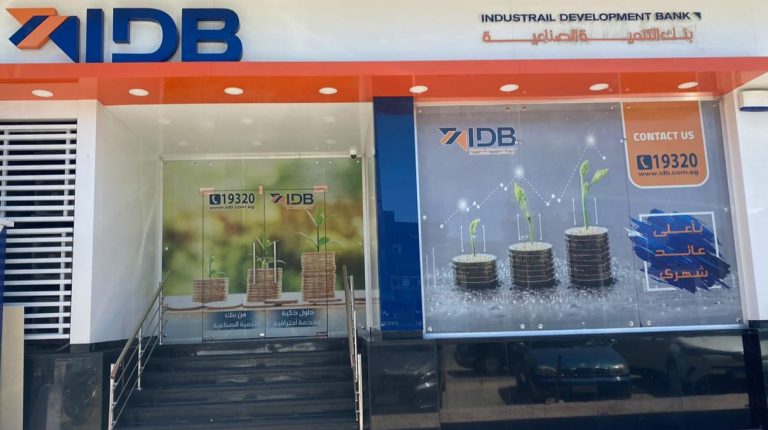 The Industrial Development Bank (IDB) has revealed the completion of its technological infrastructure modernisation, as well as its move towards digital transformation as part of its e-services launch.

The IDB’s move has been part of the state and Central Bank of Egypt’s (CBE) strategy to achieve financial inclusion and rely on financial technology, rather than using cash-in-hand transactions.

In a statement, the bank has also revealed that it is, in the coming period, ready to launch several electronic services that would be of interest to customers, after obtaining the CBE approval. This includes online services, mobile banking, ATMs, and electronic payment cards.

The bank has rebuilt and developed its basic data centre, and is currently establishing an alternative “Disaster recovery site” data centre, which is scheduled to start operating within a month. Moreover, the IDB’s basic banking application will be updated to the latest versions in preparation for the start of providing electronic services.

IDB Chairperson Maged Fahmy said that the bank has allocated EGP 600m in investments, which may go up to EGP 1bn, on achieving comprehensive technological development. This would also see the establishment of electronic branches, and expand the IDB’s geographical spread as part of its strategy during the next three years. The bank will also be implementing network and information security solutions to secure customer data and update banking applications.

Fahmy pointed out that since the current Board of Directors assumed their duties in managing the bank at the end of 2016, one of their top priorities has been to open several critical files.

This includes the information technology sector, given that the bank’s technological infrastructure had been in a bad state. This imposed significant risks to the bank’s continued existence, competence with other banks, and providing services to clients.

He added that the IDB’s management adopted an ambitious plan and approved a financial budget that exceeded EGP 600m, which can be increased, for comprehensive technological development events in the bank.

A strategic information technology plan was prepared, in line with the bank’s general strategy, that would extend over a period of five years, starting from 2018 until the end of 2022. The bank’s employment system was restructured and reinforced with distinctive elements, and an organisational structure was prepared on the basis of high standards and criteria that achieve financial inclusion.

Fahmy added that the bank aims to contribute to the state’s goals in switching into a non-monetary economic system. This is especially in light of the attention that the CBE is giving to information technology in completing financial transactions, rather than cash-in-hand transactions.

Contracts for operating maintenance, technical support, licences and updating the speeds of link lines and equipment for new branches of devices and networks were also worked out.

In addition, projects were planned to design policies, work measures, and governance standards for information technology business. The IDB has also applied concepts of institutional development and comprehensive architectural building standards to achieve the administrative success as part of its goals.

Azzam added that one of the bank’s most important goals is to invest in human resources and prepare specialised training programmes. The IDB is also looking to rely on its distinctive young employees to create administrative professionals that that bank can benefit from in the future.

He explained that the bank has so far completed over 30 development projects with investments of more than EGP 250m. The basic data centre has been completely modernised and moved to a safe location according to international standards. Moreover, major international companies specialised in manufacturing devices of IT units were used. They also help prepare and operate the bank’s requirements.

Azzam added that 90% of the IDB’s network and information security projects have also been implemented. Projects to develop and modernise its basic banking system, the human resources management system, the SWIFT system update, and anti-money laundering programmes have been a significant feature of this.

He noted that the bank launched its first card, the Meeza Card for electronic payments, after obtaining CBE approval. As part of a first stage, 20,000 Meeza cards are being launched, out of a total of 40,000, besides preparations to launch the Fawry e-payments service to collect instalments.

Azzam added that the IDB aims to create electronic branches besides mini branches, to facilitate financial services provided to customers. This would also mean it can switch to e-financial service applications to achieve its goals, expand its customer base and strengthen the bank’s competitive position.

For the first time in its history, the bank has obtained the CBE approval to open 10 new electronic branches, Azzam added, and it is expected to open two such branches before the end of this year.