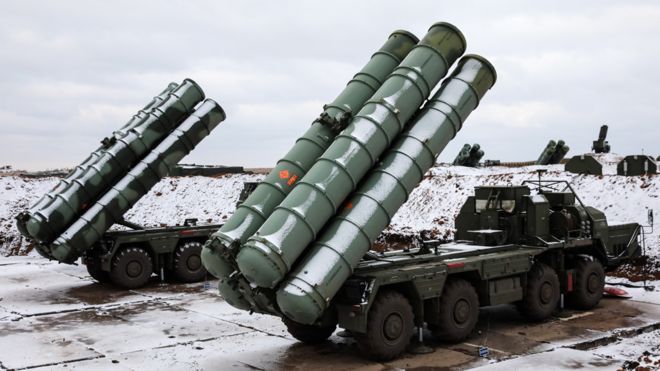 Three US lawmakers have introduced legislation to impose sanctions on Turkey’s government, following its acquisition of a Russia-made S-400 air and missile advanced defence system.

The bill, dubbed “Countering Russia’s Export of Arms Act”, would designate Turkey’s acquisition as “a significant transaction pursuant to Section 231 of the Countering America’s Adversaries Through Sanctions Act (CAATSA)”, Kinzinger said in a statement via his website on Friday.

Earlier in June, Turkey and Russia agreed on a second batch of a Russian-made S-400 air defence system, Moscow’s most sophisticated piece of military equipment. Turkey and Russia signed an agreement for the first batch of S-400 missiles in December 2017, which were delivered in July 2019.

Tensions have been escalating between the US and Turkey, a key Washington and NATO ally, over the $2.5b Russia defence system deal.

US and NATO officials have repeatedly voiced concerns over the consequences of the deal, with the US warning of harsh sanctions should Turkey acquire the Russian S-400 system.

“Turkey has continued to make questionable decisions that do not reflect the leadership of a NATO nation,” Kinzinger said, “One year ago this week, Turkey ignored warnings from NATO members about this arms deal with Russia and accepted their first instalment of the Russian-made S-400 missile defence system.”

Meanwhile, McCaul said, “A NATO ally purchasing a Russian air defence system is a threat to the United States and to the NATO alliance.”

“Turkey’s recent actions are incompatible with our nation’s security and the interests of our NATO allies,” Spanberger said, “At a time when the Kremlin is ordering its defence and intelligence agencies to engage in destabilising and aggressive behaviours against democracies around the world, we need to be able to hold Turkey accountable for cooperation with Russia that runs counter to the shared security interests of both the United States and NATO.”

McCaul added that the Trump Administration must impose the sanctions required by law in response to Turkey’s acquisition of the S-400 defence system, “unless and until Turkey takes the steps outlined in this bill to repair the damage this purchase has caused”.