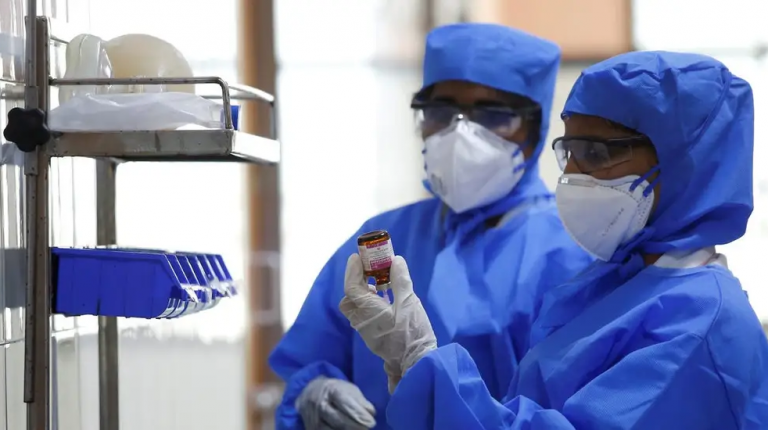 The world is now racing to find a cure for the novel coronavirus (COVID-19), and Egypt has been trying to catch up. While dozens of drugs are under investigation in laboratories across the world, Egypt continues running its own clinical tests.

On 30 June, Egypt’s Minister of Health, Hala Zayed, launched the first clinical trial programme to evaluate the use of Ebola drug Remdesivir in treating patients with the virus.

Professor Abdel Hady Mesbah, a medical consultant in immunology and microbiology, told Daily News Egypt that the drug has shown positive results in lab tests in several countries. It is the clinical trials, however, that are the major decisive element in deciding whether to approve a drug or not before advancing further.

In her statement, Zayed noted that subsequent batches of the drug would be produced in the period ahead.

In mid-June, Egypt’s leading pharmaceutical company Eva Pharma announced that it would start manufacturing Remdesivir locally. The move comes after the company struck a deal with the drug’s producer, US pharmaceutical giant Gilead Sciences, to take over distribution rights in 127 countries.

Based on the agreement, Eva Pharma will be allowed to leverage all technical specifications and manufacturing processes for the drug to hastily ramp up production, a statement by the company read.

Remdesivir has received global recognition, and was approved for use under an emergency authorisation to treat hospitalised patients with the coronavirus in the US, Britain, and Japan, the statement clarifies.

Meanwhile, the European Commission (EC) has recently approved Remdesivir’s conditional use for critically ill coronavirus patients. However, the drug has not been authorised yet for public use in Egypt, and no specific release date has been slated yet.

Amjad Talat, General Manager at Eva Pharma, has previously stated that the company is capable of producing up to half a million doses a month.

He noted that the drug will be sold at a lower cost tier of under EGP 2,000 ($125) per dose. The price goes up for “wealthier nations”, at $520 per dose for a standard five-day treatment course, as in the US, according to Gilead’s pricing.

Egypt’s Ministry of Health has also sought to use antibody-laden blood plasma from coronavirus survivors to help other victims still fighting the virus.

On 30 April, Zayed announced that therapy trials using the antibody-rich plasma would only be used as a treatment option on hospitalised patients with severe complications. The minister added that Egypt has “sufficient experience with therapeutic plasma exchange”.

Egypt’s move comes on the back of US Food and Drug Administration (FDA) approval of plasma as an experimental treatment, an Egyptian Ministry of Health statement said.

On 6 June, Zayed revealed that the initial clinical results showed ‘promise’ and reduced patient need for mechanical ventilation. She urged patients who have recovered from the coronavirus to donate their blood.

Dr Mohamed Aly, Professor of Internal Medicine at the National Institute of Liver and Infectious Diseases, told Daily News Egypt that recovered patients should donate their plasma quickly. This is due to the current thinking that coronavirus antibodies might vanish in three months of the patient’s recovery.

Aly added that 80% of infected cases do not develop acute complications, with the number of cases needing critical medical care having noticeably decreased.

Despite the inconclusive results, Japanese antiviral drug Avigan has received plaudits in Egypt as a treatment for the coronavirus.

On 10 April, Minister of Higher Education and Scientific Research Khaled Abdel Ghaffar announced that Egypt had acquired samples of the Japanese-developed drug, Avigan, in March to use in clinical trials.

Abdel Ghaffar noted that Egypt would undertake collaborative research with Japan to determine the drug’s efficacy in treating the coronavirus. On 16 June, the Egyptian Embassy in Tokyo signed a diplomatic memorandum with the Japanese government to provide Egypt with free supplies of anti-flu drug Avigan.

On 23 June, Egyptian pharmaceutical company Rameda announced it would start manufacturing a therapeutic equivalent of Avigan dubbed “Anviziram”, that would deliver the same active moiety. Rameda later revealed it would be getting a boost in export orders from Saudi Arabia, Kuwait, Iraq, and Yemen.

Later on, another Egyptian pharmaceutical company, Mash Premiere, declared that it would commence producing a generic version of Avigan under the brand name of “Prevanork”. The company said that the new drug would be capable of flushing out the virus in four days, and would be sold at EGP 500 ($31) for the full course of treatment.

Avigan was not the first drug to be secured by Egypt, as on 21 June, the Egyptian Drug Authority (EDA) announced that it had signed an agreement with British-Swedish pharmaceutical company, AstraZeneca, to obtain its promising coronavirus vaccine. The vaccine has been thoroughly tested by scientists at the University of Oxford, and its release is expected by the autumn of 2020, according to the Oxford research team.

Moreover, Egypt has also forged ahead with its own clinical trials into the controversial antimalarial drug Hydroxychloroquine. In early June, Egypt’s Minister of Health Hala Zayed announced that the drug had yielded “tremendous results”. The drug was highly touted by US President Donald Trump despite little evidence of its effectiveness.

Mesbah notes that there is still no guaranteed cure for the coronavirus yet, only saying that “all testing in labs is part of clinical trials”.

He further explained that the differences in medication results of some drugs used in treating the coronavirus are associated with many factors like virus mutations, immune responses, and the unconstrained greed of the pharmaceutical companies that are on a war footing.

The virus has gone through a series of mutations over the last six months that have made its transmission easier, Mesbah added, noting that the problem is not in the strength of the virus but its rapid spread.

Egypt is now ranked 24 in the world for the number of confirmed coronavirus cases with a total of 79,254 cases reached on 9 July. It is also  and ranked 194 in terms of the recovery rate of 28.7%, according to the WHO and the country’s Ministry of Health.

However, the first week of July witnessed a noticeable decline in the number of cases. Therefore, Aly sees that if the numbers keep declining, we might reach zero coronavirus cases within three months.

Aly called on the Ministry of Health to expose the number of daily swabs in its report as a means of more accurately assessing the situation. He noted that the actual number of infected cases is several times greater than official figures.