Mercedes driver Lewis Hamilton took his second win of the 2020 Formula 1 season at the Hungarian Grand Prix on Sunday, while Max Verstappen took second despite dramatically crashing on his way to the grid in wet conditions.

With rain having fallen earlier in the day and pockets of standing water still on the circuit, most of the drivers selected to start the race on intermediate tyres, and Verstappen showed just how treacherous the conditions were when he locked a wheel and slid into the barriers before the race had even started.

Though it appeared as if his Red Bull had sustained too much damage to race, a superhuman effort from his mechanics meant the Dutchman was able to take the start with seconds to spare.

But the wet conditions at the start proved to be a false dawn as the track quickly dried, and with further rain ultimately failing to appear, all the drivers had come in to swap their intermediate tyres for slick ones by lap 6. 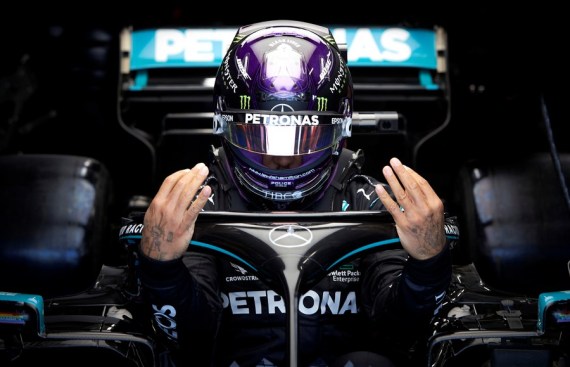 Even by this early stage of the race, Hamilton was in total control having led away from pole position, and his second win of the 2020 season was never in doubt as the Briton also secured the fastest lap of the race to round off a perfect performance.

Behind Hamilton, Verstappen recovered from what was almost a very embarrassing gaffe to finish in a superb second place, just beating Hamilton’s teammate Bottas into third after the Finn had had to climb through the field after falling from second on the grid to sixth after a poor start.

Lance Stroll was best of the rest after the top three, the Racing Point driver continuing his good form from qualifying by finishing in a fine fourth place, with Verstappen’s teammate Alex Albon recovering well to salvage fifth from 13th on the grid.

However, the British-born Thai racer’s position may be under threat as stewards investigated whether his mechanics had contravened regulations by drying his starting grid slot before the race, a move that may yet incur a penalty.

Renault’s Daniel Ricciardo finished eighth after the Australian had used some effective tyre management to gain a few places, while Kevin Magnussen finished a fine ninth for Haas, after a shrewd tyre change following the formation lap saw him run as high as third in the early stages of the race.

Carlos Sainz rounded out the top ten in his McLaren, with the second Ferrari of Charles Leclerc finishing a disappointing 11th and out of the points after struggling with his tyres, though the Monegasque may yet find himself vaulted into the top ten if the stewards see fit to issue Albon with a penalty. 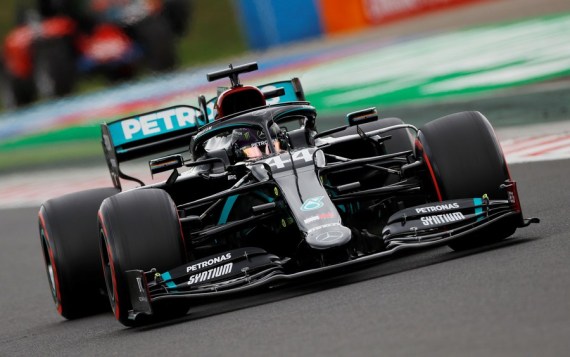 Pierre Gasly was the race’s only retirement after the Frenchman pulled into the pits with smoke pouring from the rear of his AlphaTauri.

Hamilton’s second win of the season puts him on 63 points and sees him take the championship lead from teammate Bottas, who now sits second with 58 points. Verstappen’s second place moves him up to third in the standings, some way off the Mercedes duo with 33 points.

In the constructors’ standings, Mercedes remain well out in front with 121 points, ahead of Red Bull on 55 points, and McLaren and Racing Point who are tied in third place with 40 points.

The fourth round of the 2020 Formula 1 season is the British Grand Prix at Silverstone on August 2.