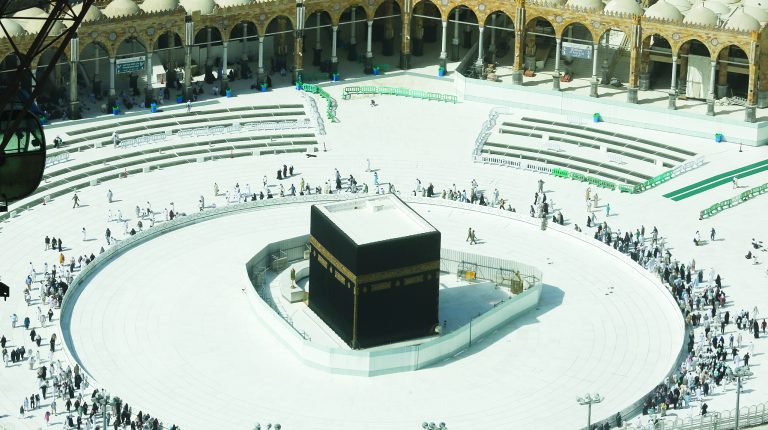 he Saudi Interior Ministry announced on Sunday the kingdom’s readiness for the upcoming Hajj season, the Saudi Press Agency (SPA) reported.
Zayed Al Tuwailan, commander of Hajj Security Forces, told a press conference that the forces are ready to ensure the safety of pilgrims, SPA said.
He revealed that pilgrims of 160 nationalities, 70 of whom are foreign residents in the kingdom, would take part in this year’s Hajj season.
“It is an extraordinary season with extraordinary measures to tackle the coronavirus for the safety of pilgrims,” Al Tuwailan said.
The commander warned of jail terms and fines against violators, noting non-Saudis would also face deportation.

On Sunday, the Saudi health ministry reported 2,504 new coronavirus cases, raising the total number in the country to 250,920.
The recoveries from the disease rose to 197,735 after 3,517 patients recovered, while 39 more fatalities were recorded in the past 24 hours, increasing the death toll to 2,486.