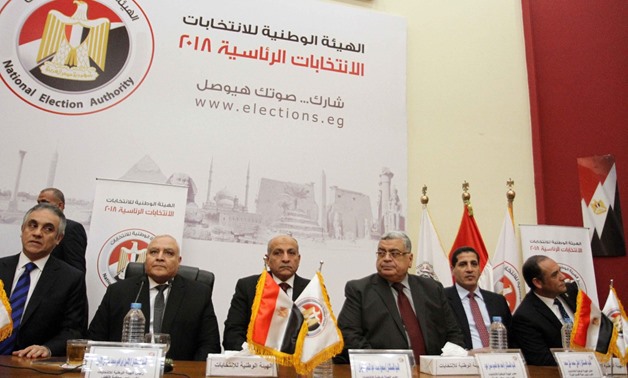 Egypt’s National Election Authority (NEA), led by Lasheen Ibrahim, announced on Sunday that it has approved 762 candidates to run in the Senate elections.

The NEA added that 150 candidates have been excluded for not meeting the required conditions and submitting the necessary papers. Ibrahim also said that those prospective candidates who have been rejected have the right to appeal in front of the administrative court.

Meanwhile, the Conservative Party has announced that it will not participate in the Senate elections, after reviewing a report by the party’s permanent elections committee.

The report stated that a number of the party’s candidates on the East and West Delta lists were subjected to harassment and obstruction while presenting the required papers and medical examination reports needed for their candidacy.

This came despite their full commitment to the decisions and instructions announced by the NEA, local media reported on Sunday.

In a statement, the Conservative Party said, “The party sensed that guarantees of holding fair elections are not available, and therefore it decided not to run in the Senate elections, hoping that this would be a motive to direct the improvement of the political environment.”

It also added that the party would participate in the upcoming parliament elections, to be able to play its role as a national political party. This would also ensure it takes part in promoting political participation, while respecting party pluralism stipulated in Egypt’s Constitution.

The registration process for the Senate elections ended on 18 July. The elections are scheduled to take place on 11 and 12 August, with Egyptian expatriates able to cast their votes on 9 and 10 August.

The Senate elections are Egypt’s first for a second chamber since the Shura Council was dissolved in 2013, as it will currently follow the parliament. The Senate’s return came after constitutional amendments in 2019.