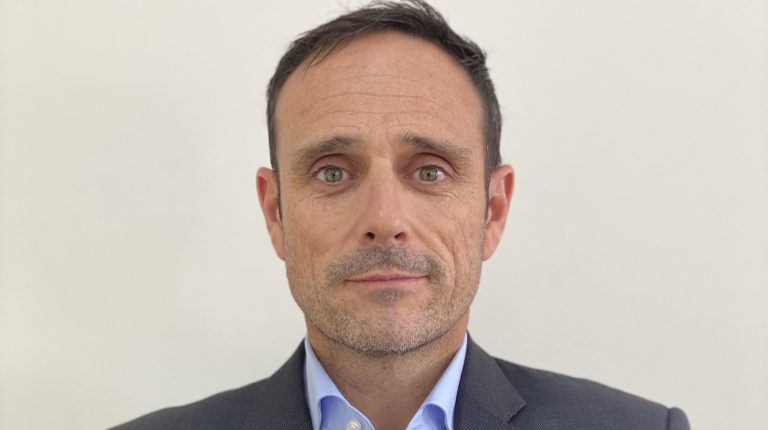 Egypt’s cement industry is facing a large production surplus of more than 30m tonnes annually. At the same time, there has been a consecutive decrease in market demand for the last four years, between 2016 and 2020.

Cement market demand has further decreased in 2020 by 4.1% against last year, with more products entering the market in the meantime.

Cement prices are also unable to cover the costs of production, which has led to large-scale financial loses for many companies, according to CEO of Suez Cement, Jose Maria Magrina.

Daily News Egypt sat down with Magrina to learn more on the current situation of Egypt’s cement industry.

What are the most difficult challenges facing Egypt’s cement industry, and what government efforts are needed to overcome them?

There is a large surplus in the market in the last four years. Therefore, there is a lot of excess supply and very eager manufacturers who want to sell, no matter the cost and environment that demand cannot match the higher costs, so everybody is competing against each other for a much smaller market.

Additionally, cement prices can not cover the costs, which have led to a lot of companies losing out. For example, my company lost EGP 1.3bn two years ago and EGP 1bn in 2019 and 2020, which is dramatic.

However, we are financially strong and sustainable because we have external partners who understand this business and give us financial support. Nevertheless, I’m afraid that without governmental intervention, other companies will not be able to survive, which is not fair, as these are investments that need to be saved and this situation is not good for the consumer.

Some companies met government leaders, including Prime Minister Mostafa Madbouly and Minister of Trade and Industry Nevine Gamea, to discuss the industry problems. Can you tell us more about the outcomes?

Finally, the government should be strong in taking a decision on this industry, because the future is getting worse. Cement is a critical commodity, and big local and international businesses have invested billions in this industry in Egypt.

What are your recommendations for solving the industry issues?

We all agree what is happening nowadays in the industry is not the right example the government wants to give to local and international investors. A key industry where all the players are losing money and complaining is not the right situation.

The government must, within the law, dictates norms that will rationalise the market, while making sure that companies survive since current prices do not cover the costs of production.

The government has lately suspended construction licences in certain areas. Do you think that would affect the cement industry further?

I think it has had quite an effect. In fact, it has had a devastating effect. While I think that something had to be done because a lot of people were building illegally and I fully endorse the right of the government to act on that, the decision should have been introduced gradually and have been well explained. Now, even lawful builders are afraid and have stopped building. This has frightened away legal constructors, and has created more hurdles for the construction industry.

President Al-Sisi has been pushing construction work at the New Administrative Capital (NAC) forward. Does the NAC’s development process increase your business, especially as you are heavily involved in it?

One of Suez Cement largest partners in the construction sector is the NAC, as the proximity of our factory to it makes us one of the main suppliers. However, our sales to other clients have decreased every year, as sales decreased by 5% in fiscal year (FY) 2018/2019, and around 6% in FY 2019/2020. Overall, we have suffered a decrease in demand in the market, consequently, my sales have decreased during the last three years.

Finally, the New Administrative Capital is a very big project, but at the end it has not offset the decrease in informal buildings that have been stopped.

If the government puts in place an export subsidy programme in the cement sector, do you think that will elevate the industry?

First of all, there is a big issue in the credibility of the export fund, we have submitted subsidy requests for shipments executed two and half years ago and still have received nothing till date. In its current form, and until all arrears are paid, its difficult to think that we are going to rely on subsidies to direct any of our production to exports.

Second, subsidies in general are not a solution. And in particular in our industry, there is a significant oversupply in countries surrounding Egypt and who have lower costs than us.

If the government is to give a subsidy to export, it will be a support to those in these importing countries not for our cement companies. However, cement as a heavy commodity should be sold locally first.

Will some companies merge or exit the market due to the industry’s current position?

It is possible that some companies will suffer bankruptcy and exit the market, as we saw with National Cement and a company in Upper Egypt has completely stopped operations, and there are four other companies who have a lot of problems. Moreover, we have closed the Tourah Cement Company temporarily and sadly laid off employees and workers. I think the current situation is not clear for mergers, as it is difficult to put cash forward to buy a competitor, so no one is likely to invest in mergers and acquisitions while tomorrow the government could build another factory, so rather than that, the industry needs more stability and clarity.

What is the value of Suez Cement assets, and do you plan to launch new products in the coming period?

According to the capital market, Suez Cement total assets have reached $80m. We have assets valued at $1bn across all of our four companies, and currently their market value is $80m. Can you imagine that! Last year, we launched a new product, CEM III, which is a type of cement that contains steel and is more durable. It is particularly used in the New Alamein City projects, and the Sinai-Suez Canal tunnels.

Did you manage to sell your Tourah land, or get approvals for changing its activity?

Not yet, as it is a complicated issue. We in Suez Cement have sent a lot of letters to the Prime Minister, to the Ministry of Housing, and other authorities, with very little (if any) response.

We have further indicate to the government that they can be partners for free and benefit from such project on a win-win basis, but we have been in this process for around five years now and had no answer.

Furthermore, the novel coronavirus (COVID-19) pandemic has slowed everything down greatly. I’m afraid our only solution, given the situation of the market, is to sell the land as it is an industrial land since we now need the cash to survive.

The company announced the sale of its stake in the Hilal Cement Company. Would you tell us updates?

We had a potential buyer who expressed interest, but the interest fell through. So far, our shareholders are seeking to make our stake stable and stronger and maintain its operations.