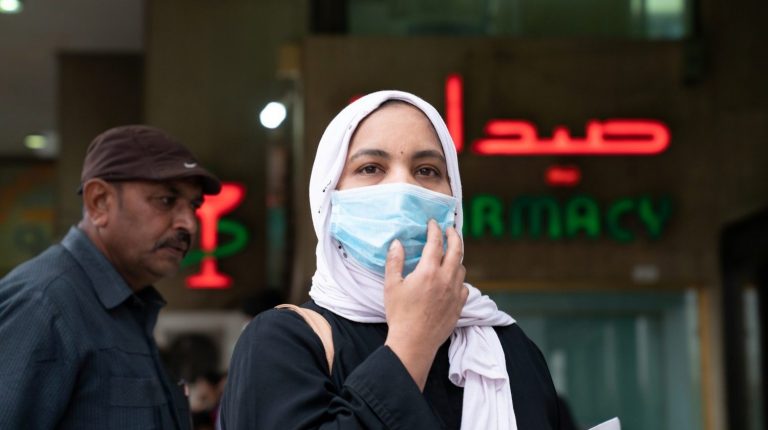 Women are disproportionally affected by disease outbreaks due to intensified pre-existing gender inequalities during emergencies. In this regard, the novel coronavirus (COVID-19) has further entrenched women’s experience of patriarchy, repression, discrimination, and violence.

They are also more vulnerable to these elements, according to Engee Soliman, strategic partnerships and advocacy unit manager at Plan International Egypt.

Talking to Daily News Egypt, Soliman said, “In the Egyptian context, and as highlighted through different secondary data and validated through our discussions and conversations with our projects target groups of girls, women, boys, and men, one of the main issues that has affected girls and women due to COVID-19 are the increased rates of domestic and gender based violence. It has a very negative impact on women’s mental and physical health.”

Soliman added that this is shown through the increased burden of home chores placed on girls and women. Girls also have a higher risk of dropping out of school, especially if their parents are not in favour of sending them to the school in general.

“With most of the attention shifting towards the health impacts of COVID-19, some issues such as early marriage and FGM, might be overlooked which jeopardises the achieved steps, and can cause an unneeded relapse,” Soliman warned.

On the other hand, she asserted that the economic status of women has been severely affected by the current global health crisis. This has particularly affected women who work in the informal sector and those who have been totally dependent on their own small businesses.

Globally, the coronavirus pandemic threatens to roll back gains in women’s economic opportunities, widening gender gaps that persist despite 30 years of progress, according to a recent report by the International Monetary Fund (IMF).

The IMF said that well-designed policies to foster recovery can mitigate the negative effects of the crisis on women and prevent further setbacks for gender equality. What is good for women is ultimately good for addressing income inequality, economic growth, and resilience.

The IMF explained why the coronavirus pandemic has disproportionately affected women and their economic status globally. Firstly, women are more likely than men to work in social sectors that require face-to-face interactions, such as the services industries, retail, tourism, and hospitality. These sectors have been hardest hit by social distancing and other precautionary measures that were brought in to combat the global pandemic.

“Second, women are more likely than men to be employed in the informal sector in low-income countries,” the IMF said, “Informal employment, often compensated in cash with no official oversight, leaves women with lower pay, no labour law protections, and no benefits such as pensions or health insurance. The livelihoods of informal workers have been greatly affected by the COVID-19 crisis.”

The IMF report added that women also tend to do more unpaid household work than men, putting in about 2.7 hours per day more than men. They bear the brunt of family care responsibilities resulting from shutdown measures, such as school closures and precautions for vulnerable elderly parents. After shutdown measures have been lifted, women are also slower to return to full employment.

The fund said that the fourth reason for lower women’s interactions in the economy can be attributed to women being at greater risk of losing human capital due to pandemics. In many developing countries, girls are forced to drop out of school and work to supplement household income.

The IMF stated that its crucial policymakers adopted measures to limit the scarring effects of the pandemic on women. This could entail a focus on extending income support to the vulnerable, preserving employment linkages, and providing incentives to balance work and family care responsibilities. It would also require a focus on improving access to health care and family planning, and expanding support for small businesses and the self-employed.

“Elimination of legal barriers against women’s economic empowerment is also a priority,” the IMF said. “Some countries have moved quickly to adopt some of these policies.”

Over the longer term, the IMF said that policies can be designed to tackle gender inequality by creating conditions and incentives for women to work. Particularly effective are gender-responsive fiscal policies, such as investing in education and infrastructure, subsidising childcare, and offering parental leave.

It asserted that these policies are not only crucial to lifting constraints on women’s economic empowerment, they are necessary to promote an inclusive post-coronavirus recovery.

“With this said, Plan International Egypt deems it essential to be attentive to the specific needs of girls and women in this situation, and provide interventions that can contribute to decrease the negative impacts of COVID-19 on them,” according to Soliman.

She noted examples of such interventions, such as the provision of psycho-social support services for girls and women subjected to violence, and the provision of support of basic and hygiene needs, preferably through cash support.

This would be given to the most vulnerable and affected households focusing more on those headed by women, and would include strategies to help them sustain a stable income in the long run.

The hygiene packages provided would be both sensitive to the specific needs of girls and women and put an end to issues such as period poverty. They would include items such as sanitary pads which are considered unnecessary on the families’ list of priorities due to the deteriorating economic status.

“It is also very essential to increase girls’ and women’s knowledge on COVID-19 and its related issues to decrease their exposure to infection and increase their resilience and ability to deal with the whole situation,” Soliman concluded.