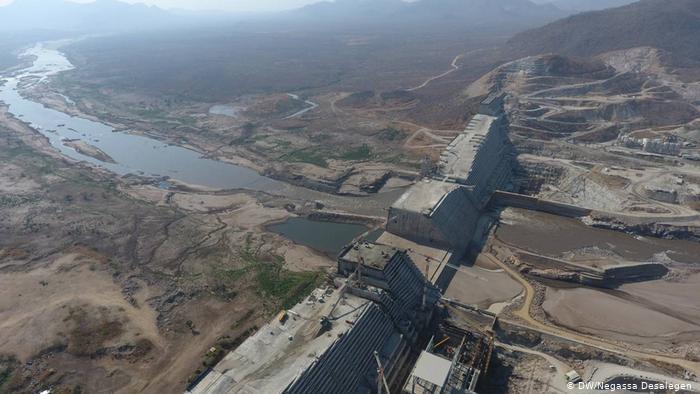 Heads of State from Egypt, Sudan, and Ethiopia agreed to resume talks on filling and operation of the Ethiopian dam with the aim to reach a legally binding agreement. The announcement came during a virtual mini-summit sponsored by South Africa, the current chair of the African Union (AU), on Tuesday.

President Al-Sisi stressed Egypt’s sincere will to achieve consensus on the disputed points and to reach a fair and balanced agreement over the Grand Ethiopian Renaissance Dam (GERD).

In a statement following the meeting, he added that achieving progress in the points of contention requires a political will to support building trust bridges between the three parties in order to achieve the interests of Cairo, Khartoum, and Addis Ababa.

Meanwhile, Ethiopia has announced that “a major common understanding which paves the way for a breakthrough agreement” has been achieved on the controversial Ethiopian dam, according to a Tuesday statement from Prime Minister Abiy Ahmed’s office.

The statement added that Egypt and Sudan have also agreed to continue technical discussions with Ethiopia on the dam’s filling. This will be a continuation of the AU-led process, which is expected to end in a comprehensive agreement.

Interestingly, the Ethiopian statement noted that the first year of the GERD filling has been achieved due to the heavy rain the country has witnessed in the past two weeks.

Noteworthy, the AU Assembly Bureau, representatives from AU member states, the US, and the European Union (EU) were all involved in the recent round of negotiations as observers.

Following the Tuesday meeting, AU Commission Chairperson Moussa Faki wrote on Twitter, “It is absolutely necessary that Egypt, Sudan, and Ethiopia, with the support of the AU, come to an agreement that preserves the interest of all parties. The Nile is the source of life and development for all three countries and should remain a source of peace.”

Last Wednesday, Ethiopia’s Minister of Water, Irrigation, and Energy, Seleshi Bekele, was quoted by official Ethiopian media as saying that the dam’s filling process had started. Only a few hours following the announcement, Bekele denied the statements, claiming it was a misunderstanding.

But on 9 July, the European Space Agency’s Sentinel-1 satellite captured imagery of water filling GERD. Soon after, Sudan announced that the water levels of the Blue Nile River had decreased by 90m cbm per day, seemingly confirming the suspected closure of the GERD gates.

After 11 days of virtual negotiations between 3 and 13 July, Ministers of Water Resources and Irrigation from the three involved countries in GERD negotiations announced the failure of the AU-guided talks in reaching an agreement.

Both Egypt and Sudan have voiced concerns, which were unequivocally expressed during the latest round of negotiations, related to the Ethiopian dam’s filling and operation.