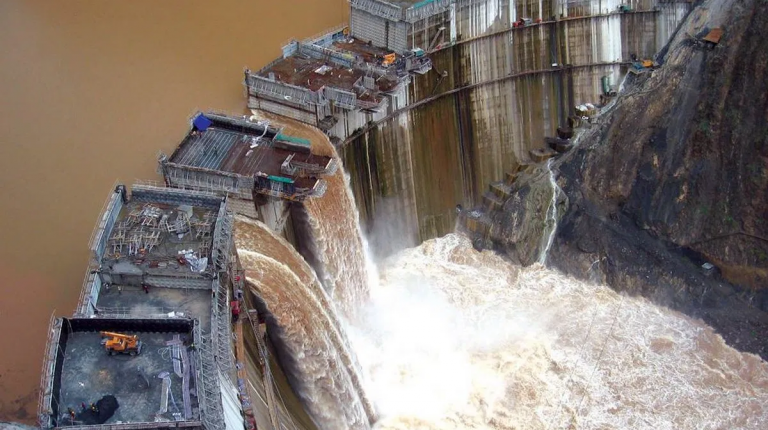 Egypt may not face a water shortage due to the disputed Grand Ethiopian Renaissance Dam’s (GERD)  filling, if Ethiopia releases water during periods of drought, a member of the Egyptian team involved in dam negotiations has said.

In a televised interview on Tuesday, Alaa Al-Zawahary added that the release of water during drought would reduce harm on Egypt and its vital Aswan High Dam.

He confirmed that Egypt’s Ministry of Water Resources and Irrigation has already formulated plans to face the water shortage issue should it occur.

Al-Zawahary also noted that, during recent negotiations sponsored by the African Union (AU) in late June, Egypt focused on regulations governing the filling and operations of the giant dam during dry periods. He added that this aspect has been Egypt’s only demand in the controversial and much disputed filling of the dam’s reservoir.

This would be at a time when water levels are below average, with the Egyptian focus on this aspect to ensure the country’s share of River Nile water is not affected.

The Egyptian negotiator also said that Ethiopia’s statement commenting on the start of the dam’s filling with rain water was pre-emptive confirmation of the filling having occurred. He described Ethiopia’s performance concerning this subject as “negative political behaviour.”

”Ethiopia considers itself the source of the Nile water and has the right to benefit from the river,” Al-Zawahary said. “The Ethiopian side sees that the agreement would limit, in the future, its demand to have a full share of the Blue Nile, as it presents itself as a defender of the rights of the Nile Basin countries, although the water coming from Ethiopia is shared only by Egypt and Sudan, not by the Nile Basin countries.”

He also stated that in the lead-up to negotiations, Ethiopia tends to use psychological pressure to raise the ceiling on talks. The Egyptian negotiator added that it is possible Ethiopia raised controversial points that lead to the failure of negotiations, through manipulating words and concepts.

Regarding the disputed points, Al-Zawahary noted that Egypt has set a certain amount of water for the Ethiopians, at which point they should halt storage and release amounts to Egypt and Sudan.

He noted that Egypt has also outlined a quota of River Nile water it should receive, recommending certain amounts of water to be discharged, alongside the appropriate storage volume.

Al-Zawahary added that Ethiopia has continued to put forward new demands and drift away from major points with the aim of stalling the negotiations. He said Egypt has come up with alternative scenarios for the next 100 years, to deal with the impacts of the dam.

“Power generation only requires flood water to flow into turbines and then be released naturally towards Sudan and from there to Egypt,” Al-Zawahary said.

While Egypt and Sudan demand an accord regulating the filling and operation of the massive dam, Ethiopia’s main problem is that it believes that “any agreement would limit its freedom to build other future dams unilaterally,” he noted.

However, Egypt, Sudan, and Ethiopia had agreed to resume talks on GERD filling and operation. It came during the virtual mini-summit sponsored by South Africa, the current chair of the African Union (AU), on Tuesday.

The upcoming round of talks will focus on reaching a legally binding agreement regarding the disputed points on GERD.