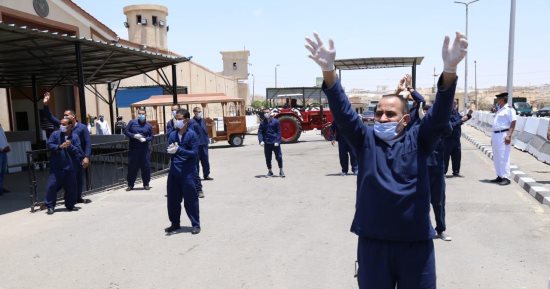 The Egyptian Interior Ministry released on Thursday 2,130 prisoners in memory of the 68th anniversary of the Egyptian July 23 Revolution in 1952, according to a ministry statement.

A total of 1,909 prisoners were released upon a presidential pardon, while 221 others were released conditionally.
According to the Egyptian Constitution, the President can issue pardon decrees for prisoners who had received final court rulings that cannot be appealed.

The President usually issues a pardon decree on public holidays, including two religious Muslim feasts, the holy month of Ramadan and the July 23 Revolution Day.

In June, Egyptian President Abdel-Fattah Al-Sisi issued a decree pardoning 399 prisoners, including young people and those with health problems.