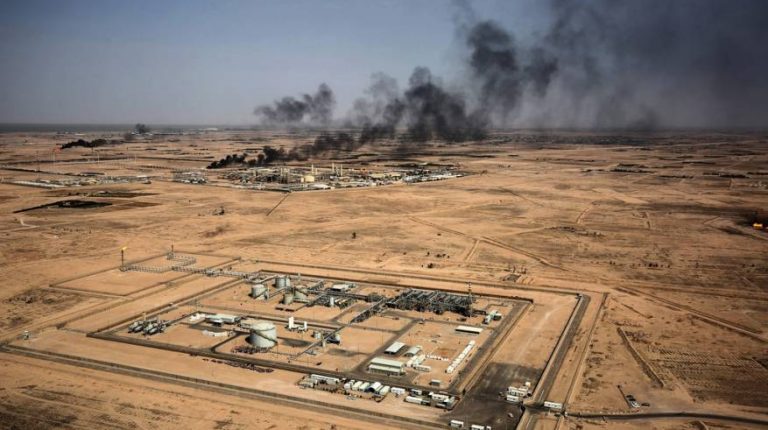 Four “Katyusha rockets” on Friday landed in the military base of Basmaya in southeastern Baghdad without causing casualty, the Iraqi military said.

The attack took place in the afternoon when the first rocket landed on a warehouse of armored vehicles, the second on caravans in the camp, and the other two landed in an empty area, the media office of the Iraqi Joint Operations Command (JOC) said in a statement.

The attack resulted in material damage only, without causing injuries or deaths, the JOC statement said.
The initial information indicated that the rockets were launched from the al-Dainiyah area in the neighboring Diyala province, the JOC said without giving further details.

No group has so far claimed responsibility for the rocket attack, but the Iraqi military bases housing U.S. troops across Iraq and the U.S. embassy in the Green Zone have been frequently targeted by mortar and rocket attacks.

Earlier in the day, Tahsin al-Khafaji, spokesman of the JOC, said in a statement that the U.S.-led international coalition forces, tasked with fighting the Islamic State (IS) militant group, will hand over the Iraqi security forces new military sites.

“The international coalition will soon hand over some of the sites agreed upon between the Iraqi government and the coalition under a timetable,” al-Khafaji said.

Over 5,000 troops from the United States  have been deployed in Iraq to support its forces in battles against the IS, mainly for training and advisory purposes.