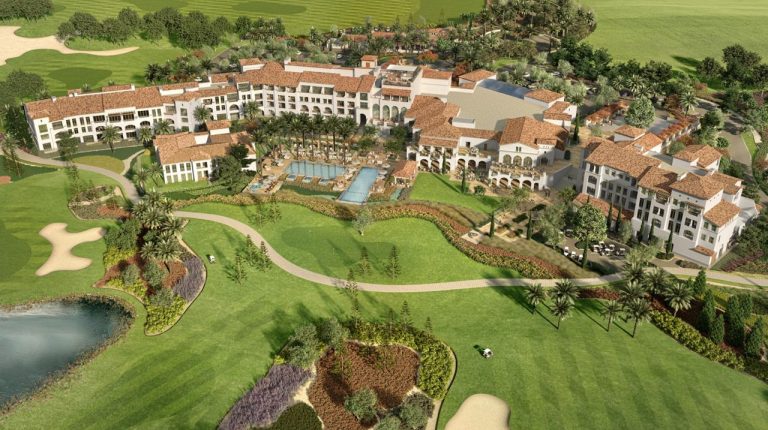 Address Marassi Golf Resort, which boasts an investment of EGP 950m, is the second of nine hotels that Emaar Hospitality Group will open in the area.

The development of the resort comes in line with the Egyptian government’s directions to develop the North Coast area, which in the past years has witnessed a notable increase in investments and urban development. It also depends on the development of distinguished hotels to accommodate the occupancy rates year-round.

During the inauguration, Alabbar said the North Coast area, particularly the Sidi Abdelrahman bay, has a distinct nature incomparable to anywhere else in the world. It is recognised as a cosmopolitan region where Mediterranean cultures blend together in harmony.

The Egyptian state is embarking upon massive urban projects in the area which will soon turn the region into a global urban touristic centre, he added.

Thereby, it is of crucial importance to provide accommodations not only on par with the highest international standards, but accommodations that bear the hallmark of the distinctive Arab hospitality, Alabbar noted.

He stressed that Emaar Misr is keen on promoting diverse types of tourism that will contribute to enriching the Egyptian national income.

Yacht tourism will play a key role given that Marassi houses the largest yacht marina south of the Mediterranean with a 236-yacht capacity in addition to providing maintenance services. The international marina also has the capacity to host luxury yachts that reach up to 150 metres in length.

Moreover, the various golf courses in Marassi will contribute to the touristic development of the area in a unique way.

Alabbar said that “Address Hotels + Resorts” was Emaar Hospitality Group’s first hospitality brand which was launched in 2008. When Emaar decided to expand and inaugurate properties outside the United Arab Emirates, its first choice was Egypt as it is a touristic destination with a strong projected growth.