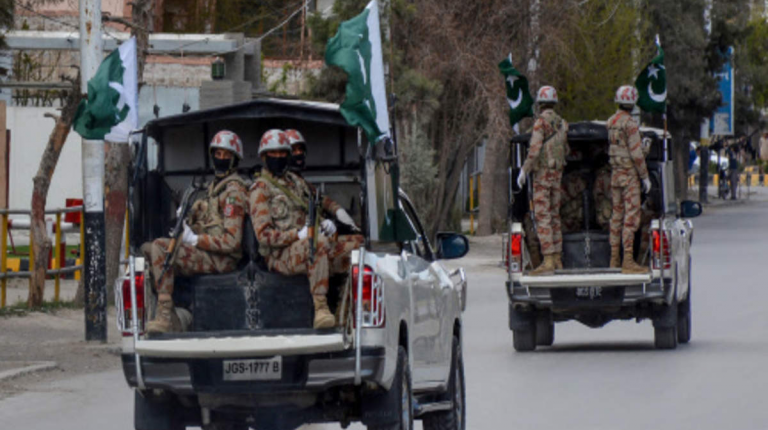 Pakistan’s army said on Saturday that one soldier was killed and three others injured during exchange of fire with terrorists in the country’s southwestern Balochistan province.

An army statement said that terrorists fired on the security forces during a routine patrol near Pidarak area of Kech district in Balochistan.

The statement from the army’s media wing, the Inter-Services Public Relations, said that during the exchange of fire, one soldier was killed while three soldiers got injured.

The security forces cordoned off the area to search for terrorists, according to the statement.

No group has claimed responsibility for the attack yet. Security officials routinely blame Baloch armed groups for such attacks.
Earlier this month, Pakistan’s army said that terrorists targeted security personnel in the Panjgur area of Balochistan, killing three security personnel and injuring eight others.