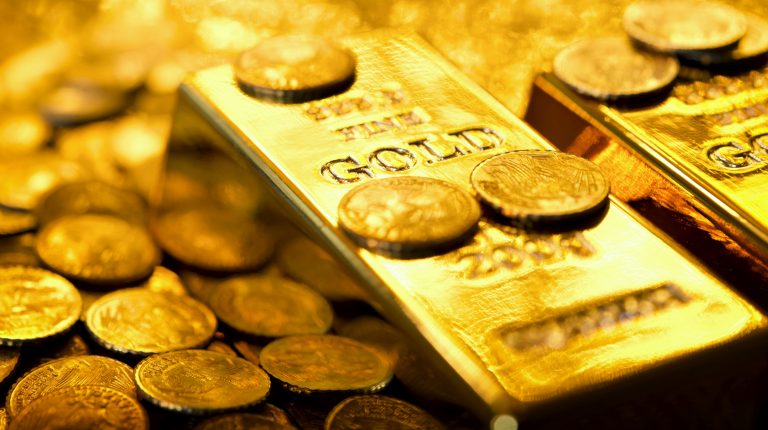 Gold prices continued their rise in the Egyptian market during last week’s trading, supported by the precious metal’s rise on global markets to a record nine-year high. The price of an ounce of gold reached about $1,905 last Friday in Egypt.

This rise has come on the back of increased demand for gold purchases in global markets, after the decline of the US dollar, and the tension between the US and China.

Gold prices have also been affected by expectations that further monetary stimulus packages will be introduced to support world economies, in light of the novel coronavirus (COVID-19) crisis. This has strengthened the attractiveness of gold as a safe haven for hedging away from inflation.

According to banking expert Mohamed Abdel-Aal, gold will remain a safe haven particularly in light of the economic uncertainty facing the world. He expects that the price of a gold ounce in global markets will exceed the $2,000 barrier in the coming weeks, before rising to $2,200.

Abdel-Aal added that international sovereign bonds come with no serious liquidity risks. Until very recently, those bonds were likely to place their holders above inflation rates, and thus enjoyed a preferential advantage over gold, which does not yield periodic returns to its holders.

Under the pressure of global interest rate declines the returns of those bonds has now turned negative, with the comparative advantage immediately turning in gold’s favour.

“The value of these bonds in global markets is about $11trn, and we can imagine how the price of gold will rise if such sums turn to investment in gold,” according to Abdel-Aal

He added that global central banks are still diversifying foreign exchange basket components by increasing the share of gold. In addition, there are also expectations that China, the largest buyer of gold in the world, will report an increased demand for the precious metal.

According to a report by Sabayik Group, the Egyptian market was more reactive to the rise in gold prices, with prices recording the highest level in nine years.

The company’s weekly report stated that gold has maintained its gains above the $1,800 level for the sixth week in a row, whilst benefiting from the prevailing market uncertainty.

Sabayik Group explained that gold moves in a horizontal direction with a tendency to rise, taking advantage of several factors. Foremost among these are the fears of a second coronavirus wave, along with the reduced market optimism in this period.

There are also geopolitical tensions between the US and China, with the added risks of central bank reliance on stimulus packages and interest rate reduction programmes. These factors can negatively affect gold prices, shooting them upwards towards $2,000, as international banks, such as Citibank, expected.

“On the other hand, there are factors that limit the rise in gold, such as the rise in the value of the dollar globally, the global stock exchange recovery, and the improvement of global indicators,” the report said.

Sabayik added that the global rise of the dollar alongside the rise in gold prices is not a normal occurrence, one that has only been reported in recent times. It is, the company noted, the opposite of the usual relationship between the dollar and gold, where the rise of one leads to the decline of the other.

The report added that it is difficult to continue this inverse relationship, which makes it likely for Gold to continue to rise at the expense of the dollar’s ​​decline in the near future.

“In the medium and long term, purchases and possession of gold are still the ones that control investors and central banks, and the majority are confident that the current gold price level, despite its high, is a good opportunity to buy, and that the current gold gains may double at the end of the year,” the report noted.