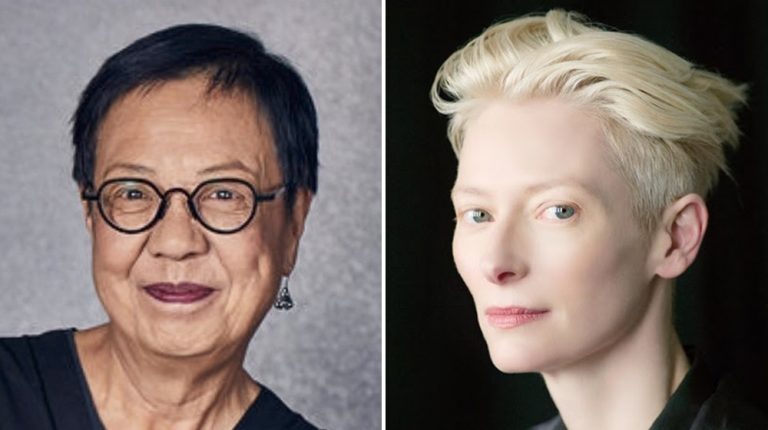 The decision was made by the Board of Directors of the Biennale di Venezia upon the recommendation of Alberto Barbera, Director of the Venice Film Festival.

In a press release by the festival, Hui accepted the award saying, “I am so happy to receive this news and am honoured for the award! I am so happy that I feel I cannot find the words. I just hope everything in the world will turn better soon, and everybody can feel again as happy as I am in this moment.”

British actress Swinton, accepting the award, said, “This great festival has been dear to my heart for three decades, and to be honoured by her in this way is extremely humbling. To come to Venice, this year of all years, to celebrate immortal cinema and her defiant survival in the face of all the challenges that evolution might throw at her – as at us all – will be my sincere joy.”

Barbera said, “Ann Hui is one of Asia’s most respected, prolific, and versatile directors of our times, and her career spans four decades and touches every film genre. From the outset, she has been acknowledged as one of the pivotal figures of the so-called Hong Kong New Wave.”

The festival director added that Hui was one of the first directors on the Hong Kong scene to bring documentary material into fiction films.

“Although she has paid attention to the commercial side of films and has garnered widespread success with the public, the cinema of Ann Hui has never abandoned an auteurist approach,” he said, adding, “She has, in her films, always shown particular interest in compassionate and social vicissitudes, recounting, with sensitivity and the sophistication of an intellectual, individual stories that interweave with important social themes such as those of refugees, the marginalised, and the elderly.”

On Swinton’s award, Barbera said the British actress is unanimously recognised as one of the most original and powerful performers to establish herself at the end of the last century.

He added, “Her uniqueness lies in her commanding and incomparable personality, uncommon versatility, and an ability to pass from the most radical art-house cinema to big Hollywood productions, without ever eschewing her inexhaustible need to bring to life unclassifiable and uncommon characters.”

The festival’s director emphasized Swinton’s work with some of today’s major directors, but that “above all she is faithful to a few filmmakers, for whom she has been a muse more than just a favourite actress”.

Hui studied at the University of Hong Kong and the London Film School in the early 1970s. Upon her return to Hong Kong, she worked as the assistant director to martial arts film master King Hu.

Her debut feature film The Secret (1979), starring Sylvia Chang, made Hui one of the key figures in the Hong Kong New Wave film movement. It is this movement that she contributed to shaping together with fellow directors Tsui Hark, John Woo, and Patrick Tam, among others.

Since then, she has directed 26 features, two hour-long documentaries, several shorts and has been the Associate Producer for other major directors, such as Yim Ho and Xie Jin.

Her films have been screened at major international film festivals since the early stages of her career. These include Boat People (1982) and Song of the Exile (1990) in Cannes, Summer Snow (1995) and Ordinary Heroes (1999) in Berlin, and A Simple Life and The Golden Era (2014) in Venice.

Tilda Swinton started making films with director Derek Jarman, and has also established rewarding ongoing film-making relationships with Jim Jarmusch. Swinton recently finished shooting with Wes Anderson on The French Dispatch, their fourth film together, as well as the second part of The Souvenir with Joanna Hogg, and Memoria with Apichatpong Weerasethakul.

In 2008, with co-founder Mark Cousins, Tilda launched the 8 ½ Foundation, a world cinema initiative for children. She has curated and co-curated handmade film festivals from the Scottish Highlands to Thailand to Beijing to the Pilgrimage in 2009 – which involved pulling a mobile cinema across Scotland.