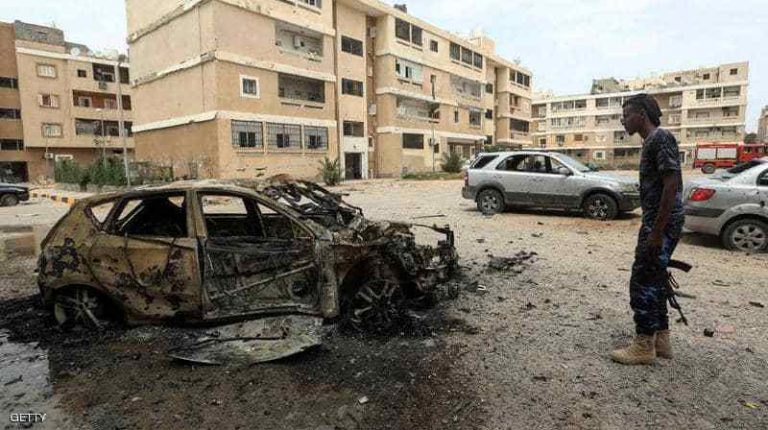 Turkey continues to bring in Islamic State (IS) militants to Libya, according to Ali Al-Takbali, a member of the Libyan Parliament’s defence and national security committee.

Al-Takbali noted that there are about 2,500 IS fighters in the war-torn country’s western region.

The Libyan MP told Daily News Egypt on Saturday that Turkey is continuing to bring in Syrian mercenaries to Libya on a daily basis. He said that they have sent a batch of these mercenaries to serve in the Libyan police in the country’s capital Tripoli.

About 16,500 Syrian mercenaries have been deployed so far by Turkey to fight with the Government of National Accord (GNA), according to the Syrian Observatory for Human Rights.

Footage has recently been circulating showing what seems to be Syrian mercenaries dressed in Libyan police uniform, undertaking training at a military camp in the Libyan capital.

“Turkey is also training Somali militants to bring them to Libya. It means that Turkey has no intention to get out of Libya,” Al-Takbali said. “The Europeans [countries] act as if the Turkish actions in Libya do not concern them, or would not harm their security. One doubts if they are on the same page.”

Furthermore, Al-Takbali said that the Libyan Parliament and the Libyan Arab Armed Forces (LAAF), headed by Commander Khalifa Haftar, have requested Egypt’s support. This request has been made on the basis that Egypt is considered the strongest power in the region.

“The Libyan Parliament met and decided to allow the Egyptian army to enter Libya, to ensure that Turkey will not be able to invade the rest of the country,” Al-Takbali noted.

“After the Egyptian Parliament had authorised its armed forces to go on an outside mission, we noticed that Turkey began to change its tone, saying they want peace. But they do not actually. They want war,” He added.

Al-Takbali also said that if the US and Russia had not interfered to resolve the conflict and work towards removing the Turks from Libya, there would not have been any other option but war. The Libyan MP said that Turkey claims it has borders with Libya when it signed an agreement with the GNA.

“Such agreements threaten all the countries of the [Mediterranean] region,” he noted.

In November 2019, Turkish President Recep Tayyip Erdoğan and GNA head Fayez Al-Sarraj signed an accord on maritime boundaries in the Mediterranean Sea and to expand security and military cooperation. The accord was condemned by Egypt, Cyprus, and Greece.

“We have not seen actions [from the international community] to stop Turkey. The Libyan people are the only ones affected,” Al-Takbali said.

Last week, Egypt’s Parliament unanimously approved sending its armed forces on a mission outside its borders. This mandate would ensure the military forces protect the national security in the Western Strategic Front against criminal militias and terrorists.

The move followed repeated calls made by Libyan Parliament Speaker Aguila Saleh and tribal representatives for the Egyptian army to counter the threats to Egypt and Libya’s national security.

The Egyptian Parliament’s decision came amid growing military and mercenary mobilisation around the northern Libyan city of Sirte. This comes as Turkey is possibly preparing for a military operation in the city.

Egypt, the UAE, and Russia back the Haftar-led LAAF, while Turkey is increasingly throwing its support behind the GNA.

Turkey has provided the GNA with drones and air defence systems, weapons, as well as thousands of Syrian mercenaries. Thanks to this support, forces allied to the GNA seized, in May, the key military airbase of Al-Watiya, south of Tripoli, from the LAAF. In June, GNA forces took control of the capital’s airport and Tarhuna city, and now controls west Libya.