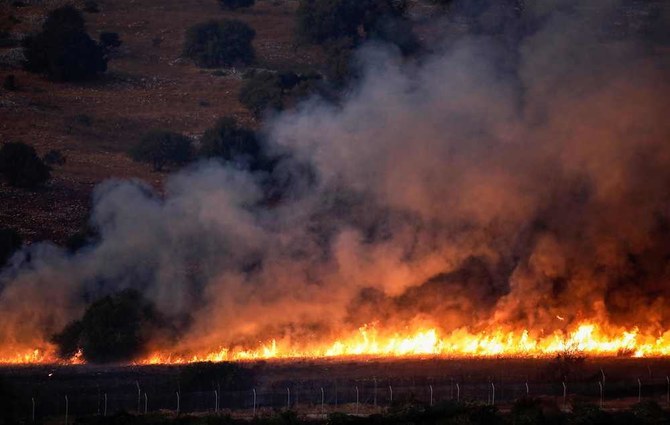 The Israeli military has exchanged fire with Lebanon’s Hezbollah militants in cross-border clashes, according to local media reports in Israel and Lebanon on Monday.

Lebanese media reported that the latest “security incident” involved an anti-tank missile attack against an Israeli tank. The missile launch was Hezbollah’s response to the assassination of one of its members in an Israeli raid near Damascus Airport in Syria last week.

A reporter for Hezbollah-supported TV network, Al-Manar, said that Israel undertook attacks on the Shebaa Farms area, also known as Har Dov in Israel, along the shared Israel-Lebanon border.

Israeli media also reported the incident, announcing that it took place along its northern border with Lebanon, but with no casualties.

Reuters quoted Lebanese sources as saying, “Hezbollah carried out an operation against the Israeli occupation army in the Shebaa Farms area on the border with occupied Palestine.”

Israeli media said there was an exchange of fire between Israeli forces and Hezbollah militants, adding that explosions were heard in the area. As the Israeli army was quick to fire artillery shells in the area, Israeli troops closed all roads near the borders, and ordered residents along the border with Lebanon to remain indoors, and avoid any open area activity.

Commenting on the exchange of fire, Israeli Prime Minister Benjamin Netanyahu said, “We are in the midst of a complex event.”

He added that Israel will not allow Iran to establish itself on his country’s border, whilst asserting that both Lebanon and Hezbollah will take the full responsibility for any attack against Israel from its border.

Following the exchange of fire, the Israeli military held an emergency security meeting headed by Netanyahu. In a statement, it added that it had “thwarted an infiltration attempt by a Hezbollah terror squad in northern Israel an hour ago. No injuries to Israeli troops were reported.”

The incident comes amid heightened tension between Hezbollah and Israel after a senior Hezbollah official was killed in an apparent Israeli strike on the edge of Damascus last Monday.