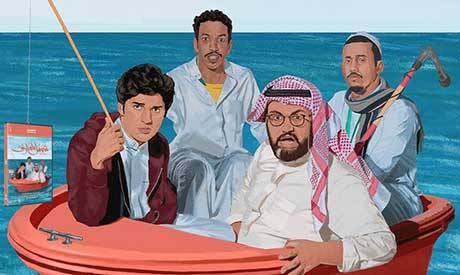 The Saudi feature film Shams Al-Maaref will be released in cinemas across Saudi Arabia this weekend, as Muslims celebrate the Eid Al-Adha holiday.

Directed by Faris Godus and produced by his brother Suhaib Godus, the film revolves around the story of high school senior student Husam, played by Baraa Alem, who becomes interested in video production. His interest crops up at the same time as the internet starts creating social change.

The Godus brothers are well-known in the internet video production field, having previously created short films and television series, including 2016’s Depressing Scene and the Ramadan TV series Another Planet.

Shams Al-Maaref should have originally premiered in March at the first edition of the Red Sea International Film Festival. The festival, however, had to be cancelled due to the novel coronavirus (COVID-19) pandemic, as many international festivals were either postponed or held online to avoid public gatherings.

The film received a $500,000 grant from the festival’s Tamheed Fund, a one-time award for emerging Saudi filmmakers. The Eid Al-Adha holiday is seen as a major date in the film-release calendar, with many filmmakers seeing it as an opportunity to catch a large number of viewers and cinema-goers.