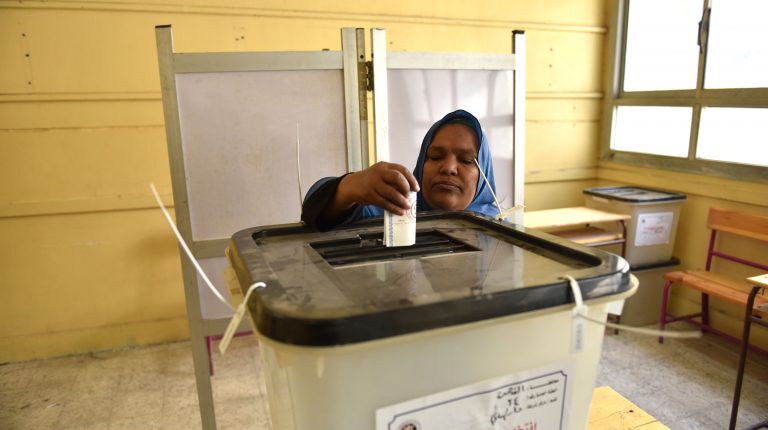 Political parties started their election campaigns, on Sunday, in the run-up to the Senate elections that are scheduled to take place early August.

Hisham Hussein, Secretary-General of the Egyptian National Movement Party in Giza governorate, stressed that holding Senate elections sends a message to the world that Egypt is a safe and stable country.

This is despite the current difficult circumstances and challenges the state faces, including the novel coronavirus (COVID-19) pandemic, regional dispute regarding the Ethiopian Dam, and Turkish interference in Libya.

Hussein also asserted the Senate’s importance for Egypt’s political life, and its role as an advisory and supportive body to the House of Representatives.

In a statement, the Coordination of Youth Parties and Politicians said that it has launched its central operations room to follow and monitor the elections process. The move comes after it obtained permission from the National Elections Authority (NEA) to monitor the elections.

Mohamed Shawky, legal representative of the “For the Sake of Egypt” coalition, announced that he has not submitted any appeals against the final list of Senate candidates.

He pointed out that the Union Party and the Long Live Egypt electoral alliance have both submitted an appeal, but not against the “For the Sake of Egypt” list. This was due to their exclusion from the elections process, due to their papers being incomplete.

The NEA announced the final list of candidates on Sunday, with independent candidates and parties beginning their election campaigns in earnest. This has seen conferences, meetings, and door-to-door campaigns organised to mobilise voters to turn out in the upcoming elections.

Candidates and their supporters also launched pages on social networking sites, such as Facebook. The candidates have also intensified their work in encouraging voter turn-out, and party secretariats have been active in organising seminars to support and their respective candidates.

Mohamed Fouad, Assistant Secretary General of the Al-Wafd Party, stressed that the party’s youth section are providing all forms of support to its candidates on the National Consolidated List, “For Egypt”, and on individual seats.

He also noted that the party is able to compete in the elections according to plans and strategies the party has developed. This has relied on the training and qualification of young members to run in the elections.

Mohamed Anwar Al-Sadat, Head of the Reform and Development Party, called for citizens to actively participate in the elections as a national duty. He also noted that existence of two parliamentary chambers is not an innovative political approach.

Rather than its being a luxury, it is present in many democratic countries as part of the parliamentary and constitutional process, Al-Sadat added.

Al-Sadat also said that some people have outlined their reservations regarding the electoral system, and the feasibility of the existence of the second chamber.

Although he emphasised their right to such views, Al-Sadat said that Egypt’s political reality requires everyone to express their opinion. This can be done through accepting or rejecting, or by choosing the candidate and the best list, especially since the world is following how Egypt will deal with the process.

Who are the Philippines’ top presidential candidates?