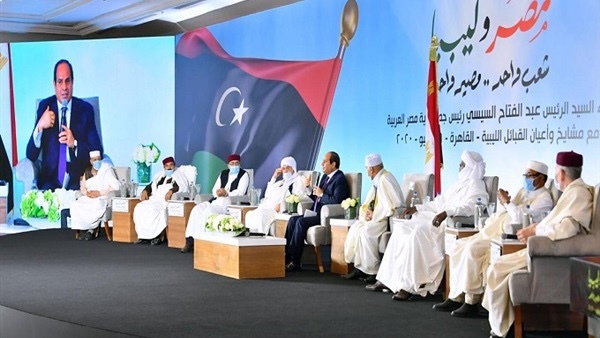 After the deposal of Colonel Muammar Gaddafi in 2011, Libyan troops were divided and started fighting for territory and influence. In a previous article titled “Libya, Turkey, Egypt, and the Story of Mediterranean Gas”, I discussed how the political situation in Libya evolved.

On one side, we have the illegitimate Government of National Accord (GNA) that was appointed through a UN-led initiative in 2015, hoping to unite Libya and reform the constitution in a 24-month period, but at which it failed miserably, losing its legitimacy. On the other side, there is the Libyan Arab Armed Forces (LAAF), supported by the last elected Libyan parliament and most of the Libyan tribes.

In an attempt by Turkey to gain more influence in the gas-rich Mediterranean basin, Erdoğan signed two shady agreements with the GNA. The agreements gave Turkey drilling rights in Libyan maritime territory, allowing him to deploy Turkish troops in Libya to support the GNA, or so says the self-proclaimed sultan.

The Cairo Declaration called for a ceasefire, the removal of all militias from Libya, and the installation of a new government that has the Libyan people’s support. Shortly after, Turkey announced that a ceasefire will not take place unless the LAAF surrenders Sirte and Jufra.

That raises the question: what is the importance of those two locations? Especially after President Abdel Fattah Al-Sisi declared the territory as a red line that will call for military intervention if crossed. Sirte and Jufra are located strategically in the centre of Libya, dividing the country in half between the GNA and the LAAF.

Sirte is the western gateway to the country’s “oil crescent”, a region that contains over 60% of Libya’s oil. The oil ports of Sidra, Ras Lanuf, Marsa al-Brega and Zuwetina can all be controlled from that city. Control over Sirte is control over Libyan oil and its transport to Europe.

Jufra is the largest and most advanced Libyan airbase. If Turkey captures it, not only will Erdoğan be able to secure the invasion in Libya, but also pose an immediate threat to Egypt’s western border by making the airbase the headquarters of the terrorist armed militias positioned in Libya.

A couple of weeks ago, Turkey positioned its troops close to Sirte, threatening an attack. It forces Egypt to advance and protect the red line. Several nations intervened immediately, hoping to stop this potential war.

These past events prove that Erdoğan is in Libya for two reasons, the first of which is to steal Libya’s oil, and the second of which is to cripple Egypt by deploying terrorists in Jufra, threatening Egypt’s western border.

Understanding Turkey’s intentions, it makes sense why Egypt has been modernising its military forces, advancing our forces to rank the ninth strongest worldwide, and the strongest in the Middle East and Africa. Libyan oil reserves belong to our brothers and sisters in Libya.

The tribal elders and the elected Libyan parliament have delegated Egypt to protect the interests of the Libyan people, which is a matter of national security, not only to Libya but also to Egypt. The Ottoman thief aims to steal Libyan petrol and handicap Egypt, by creating disturbances near our western border. Thankfully, Egypt has been preparing, knowing that the day to protect its security and development is coming.

Pilot Mohamed El-Seidy: a member of the Coalition of Party Youth Leaders and Politicians (CPYP)