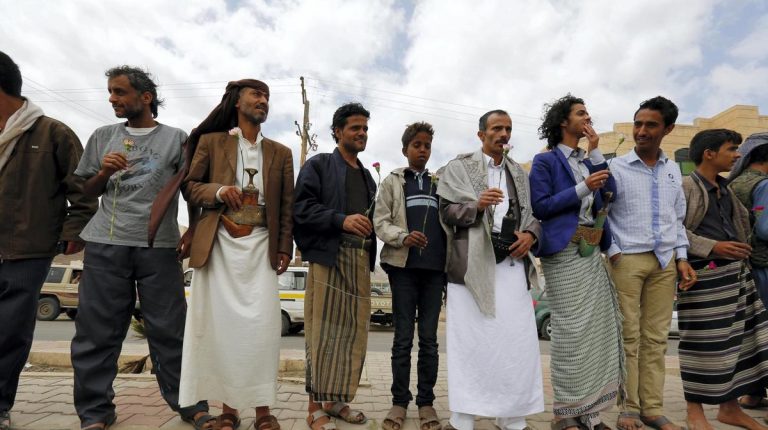 Six Yemeni Baha’i faith members detained by the Houthis for their religious beliefs were released on Thursday.

The released were immediately taken by a UN plane to outside the Houthi-controlled capital Sanaa, a Baha’i source told Xinhua on condition of anonymity.

Hussein al-Azzi, the Houthi deputy foreign minister, also tweeted that the Baha’is were released in “a generous gesture of forgiveness and hope.”

The Baha’i community is a minority group of several thousands people in Yemen.

The Baha’is have been detained by the Houthis over the past four years, including the community’s leader Hamed bin Haydara, who was sentenced to death in 2018.

Yemen has been mired in civil war since late 2014, when the Iran-backed Houthi group seized control of much of the country’s north and forced the government of President Abd-Rabbu Mansour Hadi out of the capital Sanaa.