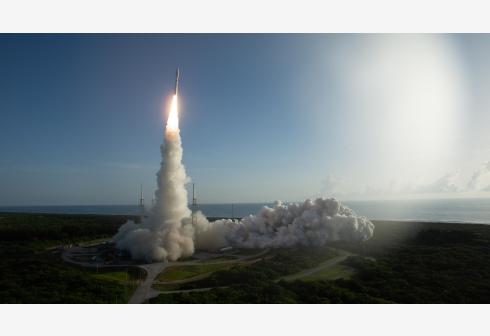 NASA’s Mars rover Perseverance entered a protective “safe mode” hours after liftoff Thursday morning, likely because a part of the spacecraft was a little colder than expected, according to NASA.

The rover lifted off at 7:50 a.m. EDT (1150 GMT) on a United Launch Alliance Atlas V rocket from Space Launch Complex 41 at Cape Canaveral Air Force Station in the U.S. state of Florida.

Perseverance sent its first signal to ground controllers via NASA’s Deep Space Network at 9:15 a.m. EDT. However, telemetry had not yet been acquired at that point, said NASA.

Around 11:30 a.m. EDT, a signal with telemetry was received from the rover by NASA ground stations. Data indicate the spacecraft had entered a state known as safe mode, likely because a part of the spacecraft was a little colder than expected while Mars 2020 was in Earth’s shadow, according to NASA.

All temperatures are now nominal and the spacecraft is out of Earth’s shadow, said NASA.

When a spacecraft enters safe mode, all but essential systems are turned off until it receives new commands from mission control.

“An interplanetary launch is fast-paced and dynamic, so a spacecraft is designed to put itself in safe mode if its onboard computer perceives conditions are not within its preset parameters,” said NASA.

Right now, the Perseverance mission is completing a full health assessment on the spacecraft and is working to return the spacecraft to a nominal configuration for its journey to Mars, according to NASA.

Following a seven-month journey, the rover is expected to land at Jezero Crater on Mars on Feb. 18, 2021.