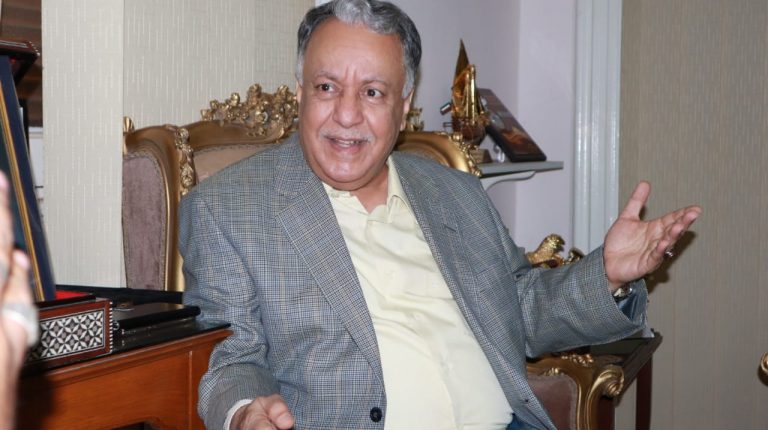 The world lives in a so-called era of economic blocs, where individual economic players are weak, no matter how strong they are otherwise.

The Arab region has long paid attention to this idea, and has in turn established the Arab League and its various economic arms to achieve integration in this area.

Among the most important of these arms is the Council of Arab Economic Unity (CAEU), which is mandated to achieve economic integration across the Middle East. This is set to occur through the contributions made by the private sector and various qualitative unions.

Ambassador Mohamed Al-Rabei, Secretary-General of CAEU, sat down with Daily News Egypt to find out where the Arab region stands in terms of economic integration.

He elaborated on the impacts of the novel coronavirus (COVID-19) pandemic on the Middle East’s economy and the most important projects that have been achieved under the council’s umbrella.

What is your response to the rumours that have been making the rounds on the post vacancy of CAEU Secretary General?

We, the institutions of joint Arab action, are governed by frameworks, laws, and legislations, and are obligated to implement and adhere to them. Sometimes, however, there is confusion about those institutions and their independence, with the mistake coming from the lack of understanding that the CAEU is the master of its decision-making processes. The vacancy was announced in June 2020, my term was renewed and I was sworn in before the council, with the extension ending in 2022.

What are the CAEU’s general goals?

Its goal is to achieve Arab economic integration, and to deal with Arab economic resources according to the relative differences between them. The goal, under which the Council was established, came into being even before the European market and all the large trade blocs that exist now.

What has hindered Arab economic integration so far?

Many times, it has been the absence of political will, despite the current support of Arab monarchs and leaders for sustainable development. The second reason for this delay is Qatari interests, which put national interests to one side.

Is the Middle East still falling behind in the knowledge revolution currently witnessed worldwide?

What is the difference in roles played by the CAEU and the Arab League’s Economic and Social Council?

When the Arab League was established, there was a division related to the economic side, and the Economic Council of the Arab League was established to manage this file. It was entrusted with implementing Arab unity and integration at the governmental economic level. In 1956, it was found that some decisions and projects can only be implemented by the private sector, so the CAEU was established to take over the Arab integration file through the private sector, which includes specific Arab federations, each of whom form a complete picture of this Arab integration.

Is the region’s private sector playing the desired role?

What hinders the private sector from playing its role? Is there a crisis of trust with respective governments?

Laws and regulations sometimes prevent the private sector from achieving its ambitions for Arab integration, but there is no crisis of trust. There is just a misunderstanding of the roles assigned to the private sector.

There is no doubt that the investment climate and aspects of investment in the Arab world are flexible, but there are administrative complications. This has led to a slow transfer of capital between Arab countries, and in recent times, politics has interfered with economic work which has made matters more complicated.

How much Arab money lies abroad?

The volume of Arab capital abroad currently stands at more than $3trn. It is time for this money to return to the region, to create job opportunities and raise the commercial and industrial sectors in the region.

How did the coronavirus pandemic affect the Arab economy?

The impact of the coronavirus pandemic was heavy on everyone, and the US is a good example. Unfortunately, here in the Arab world, we do not have significant centres to monitor and deal with crises, but the pandemic impact was less severe. Despite the relatively weak Arab economy, the effects, despite their large size, are less but the pandemic remains a wake-up call.

Did the coronavirus pandemic have a positive effect?

It is strange that the coronavirus has had certain benefits for the Arab world, with the pandemic causing a sharp drop in the import bill. We were also surprised by our ability to dispense with much of what we were importing, instead turning to our own raw materials in the manufacturing industries, such as spare parts. The challenge now is that this continues as part of clear programmes after the pandemic passes.

What sectors have been most affected by the pandemic?

Tourism is one of the sectors most affected by the pandemic, and this has resulted in damage to many other industries associated with it. The Arab tourism sector, anyway, needs to be restructured.

Were you following the impacts of the pandemic from the beginning?

Since December 2019, we have been producing daily reports on the pandemic, which has included monitoring and analysis of what will happen to world economies as a result of the pandemic. We have put forward proactive stages, to reduce the size of losses in all economic sectors, and they were presented to all officials through the Arab League.

When did you start the Arab Marketing Authority?

Despite the fact that the mutual customs in the region reached almost zero, the Arab trade exchange remains very weak, due to the absence of a marketing authority. This is not only for Arab-Arab marketing, but also for marketing outside the Arab world, and we see that Egypt is the appropriate interface, given the country’s size that enables it to serve as a marketing interface for Arab products worldwide.

Why are you establishing the United Arab Company for Poultry? And when will it start achieving its goals?

We depend on white meat economically and for good health, and we import very large quantities from abroad. To counter this, we thought about setting up a holding company to upgrade the industry and make the Arab world more self-sufficient in this area.

What is the company’s expected capital?

It will start with $100m, with the targeted capital projected to be $1bn. It will be based in the city of Ismailia.

When can we expect to reach regional self-sufficiency in white meat production?

In the end, we aim to bridge the regional deficit due to imports from France and Brazil, which sometimes is not at the required level. We have a plan to have 21 large production lines, within 3 years, covering 60% of the region market.

Did you find the facilities needed in Egypt to implement this project?

The late Major General Mohamed Al-Assar, the former Minister of State for Military Production, was among our most helpful assistants in this national project, which gave investors great confidence in the project.

What are your next economic plans?

Our next plans will be in digital economy. With the encouragement of His Highness Prince Saif bin Zayed Al Nahyan, President of the Arab Federation for Digital Economy, studies of that plan have been undertaken by Cairo University and Harvard University. The studies aim to establish a joint Arab company to lay the foundations for digital transformation, so that we can improve Arab countries to catch up with the rest of the world. Its mission will be to build digital platforms in countries and institutions that want to erase digital illiteracy.