A new documentary by Venetian director Andrea Segre, entitled Molecole, will be screened at the pre-opening night of the 77th Venice International Film Festival, the festival’s organisers have announced.

In a statement, the organisers said the documentary was made in Venice whilst the city was in lockdown due to the novel coronavirus (COVID-19) pandemic. 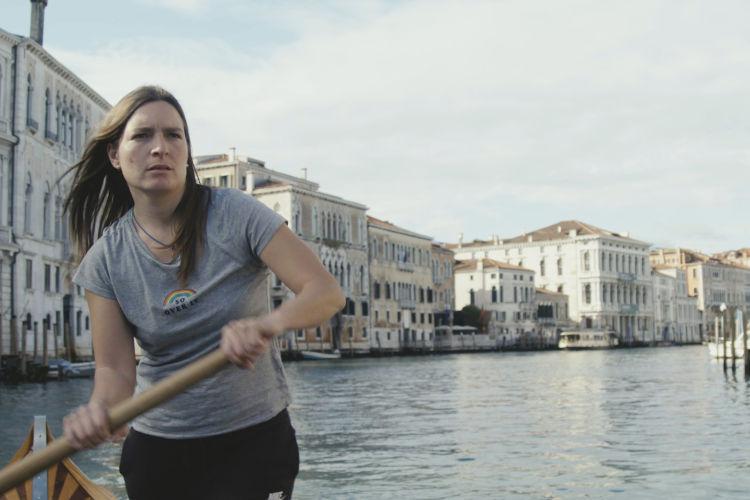 Film and documentary director Segre found himself held up in Venice between February and April, whilst he was preparing two projects, one for the theatre and one for a film. Italy was one of the EU countries worst affected by the spread of the coronavirus and the consequent national quarantine measures.

Many of the film director’s projects have been based in Venice, which Segre has ties to through his father, who was born and raised in the Adriatic city. Whilst the pandemic might well have caused general chaos, for Venice it meant that the city “froze” and was emptied out, restoring it to nature and to its history. On a personal level, Segre found it also restored family memories, and he used this time to gather visual notes and stories for the documentary Molecole.

The documentary brings to the surface his bond with his Venetian father, a scientist and the real protagonist of the film, who passed away 10 years ago. The city’s isolation merges with the more personal, intimate isolation of the director, who wrote the original screenplay. The film will be released in theatres on 3 September.

“To make a film you have to conceive it, write it, organise it and film it. None of this happened for Molecole,” Segre said, “I didn’t even realise I was making it. It was an experience for me and the film came out by itself, in a timeframe and dimension I could not have anticipated.”

“Molecole just spurted out like water. To present it as the pre-opening film of the Venice Film Festival is a great honour for me, the best way to thank the city that gave birth to it,” he added.

Moreover, Segre’s film A Planet in the Sea (2019) was presented in the Out of Competition section at the Venice International Film Festival 2019. His first fiction feature film Li and the Poet (2011) was presented in Venice at the Giornate degli Autori – Venice Days. 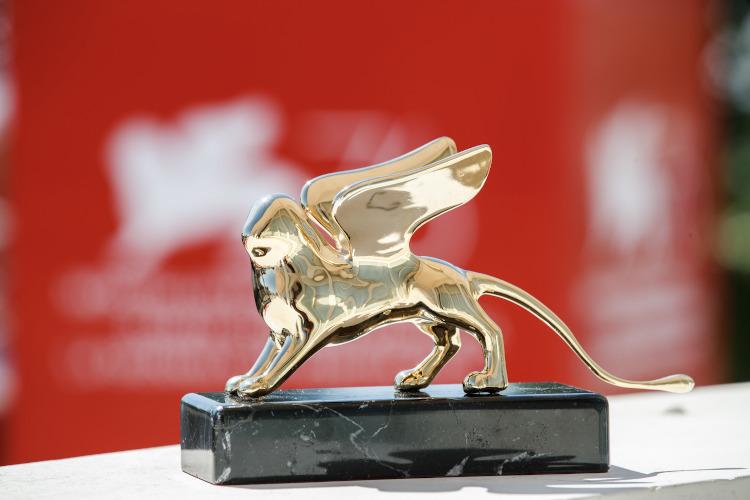 In another development, the festival said that it has completed the selection of the four-member jury that judge the festival’s competitions, namely Venezia 77, Orizzonti, Venice Award for Best Debut Film, and Venice Virtual Reality.

In the Venezia 77 competition, the personalities convened as jury members are Australian actress Cate Blanchett as President, alongside Veronika Franz, Joanna Hogg, Christian Petzold, Cristi Puiu, and Ludivine Sagnier, all of whom are influential figures in the film business.

The Venice International Film Festival has announced that it will share the presentation of Nomadland with the Toronto, Telluride, and New York Film Festivals. The film is the third feature film by Chinese director Chloé Zhao.

The film stars and was produced by Academy Award-winner Frances McDormand. Zhao adapted the film from journalist Jessica Bruder’s 2017 non-fiction book of the same name, Nomadland: Surviving America in the Twenty-First Century.

Nomadland follows Fern, a woman who, following the economic collapse of the rural Nevada town where she lives, packs her van and sets off on a road trip exploring life outside of conventional society as a modern-day nomad.

The film features real nomads Linda May, Swankie, and Bob Wells, as Fern’s mentors and comrades in her exploration of the vast landscape of the American West. 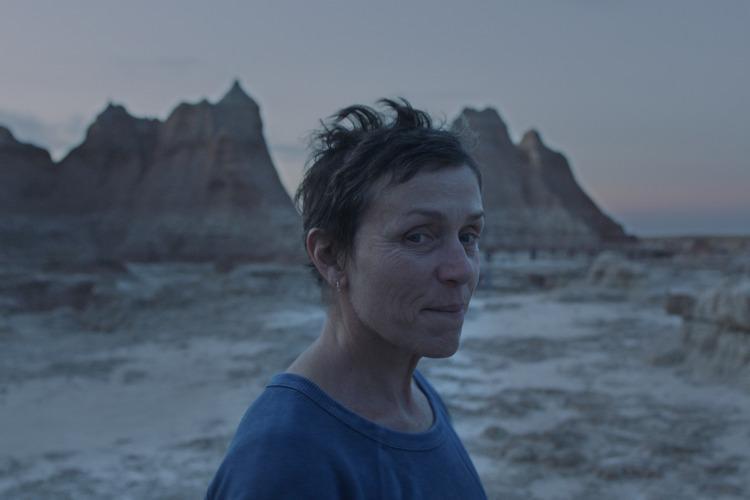 “The American road fascinates me. It’s heartbreakingly beautiful and deeply complicated,” Zhao said, “I’ve travelled it for many years and always hoped to capture a glimpse of it. I’m thankful to be able to make Nomadland, and I am excited for audiences to join [lead character] Fern on her adventure.”

Alberto Barbera, Director of the Venice International Film Festival, said, “It is both a great pleasure and honour to be part of Chloé Zhao’s new film’s unveiling to the world.”

He added, “Nomadland is a brave and touching journey into a world that exists under the radar of mainstream social consciousness. It is a film that acquires particular meaning in a moment of pandemic induced seclusion, proving that values like mutual support and a strong sense of community can save us from solitude, failure, and despair.”

“Nomadland is a true cinematic discovery,” said Chairpersons Nancy Utley and Steve Gilula of Searchlight Pictures, the company distributing the film, “We are grateful to Chloé and the entire Nomadland filmmaking team and to the festival community that is essential to the success of independent films”.

Throughout her career as a film director, screenwriter, editor, and producer, Zhao has become known for her work, notably her debut feature film, Songs My Brothers Taught Me (2015), which premiered at the Sundance Film Festival. Her second feature film, The Rider (2017), received several international accolades, including nominations for Independent Spirit Award for Best Film and Best Director. Zhao also directed the upcoming Marvel Studios release Eternals, set for release in 2021 by Walt Disney Studios.

Out of Competition section

The Venice International Film Festival has announced that it will add two films in its Out of Competition section to the line-up of the 77th edition.

This includes the new film by Pedro Almodóvar, The Human Voice, which was filmed and edited in record time as soon as the lockdown was lifted. The film, starring Tilda Swinton, was adapted from a 1947 play by French poet, playwright and novelist Jean Cocteau.

“I am very excited about coming back to Venice in such a special year, with COVID-19 as an involuntary guest,” Almodóvar said in a statement, “Everything will be different, and I am looking forward to discovering it in person.” 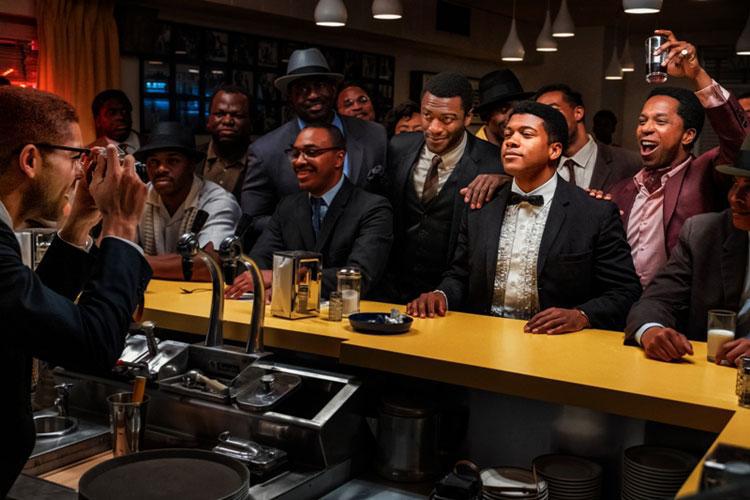 “This is an exceptional coincidence, in a year that is out of the ordinary, and there could be no better way to celebrate our wish to go back to the movies in the company of one of the greatest of all contemporary directors”,” Barbera added.

The Human Voice, which is the Spanish director’s first film in English, is a very free adaptation of Cocteau’s original stage play which Almodóvar had been dreaming of for decades. It tells the story of a desperate woman, who awaits a phone call from the lover who has just abandoned her.

The second film, One Night in Miami, is the feature directorial debut of Academy Award winning actress, Regina King.

The US film is based on the 2013 play of the same name by African-American playwright, writer and director Kemp Powers.

The film, like the play, is set on the night of 25 February 1964, and follows a young, pre-conversion Cassius Clay as he emerges from the Miami Beach Convention Center as the new World Heavyweight Boxing Champion.

Against all odds, the youthful boxer has defeated Sonny Liston, sending shockwaves across the sports world. While crowds of people swarm Miami Beach to celebrate the match, Clay is unable to stay on the island due to the Jim Crow-era segregation laws still in effect at the time. Instead, he has to spend the night celebrating at the Hampton House Motel, in one of Miami’s historically black neighbourhoods, with three of his closest friends: activist Malcolm X, singer Sam Cooke and football star Jim Brown.

The next morning, the four men emerge determined to define a new world for themselves and their people. Powers explores what happened during these pivotal hours through the dynamic relationship between the four men and the way their friendship, paired with their shared struggles, fuelled their path to becoming the civil rights icons they are today. 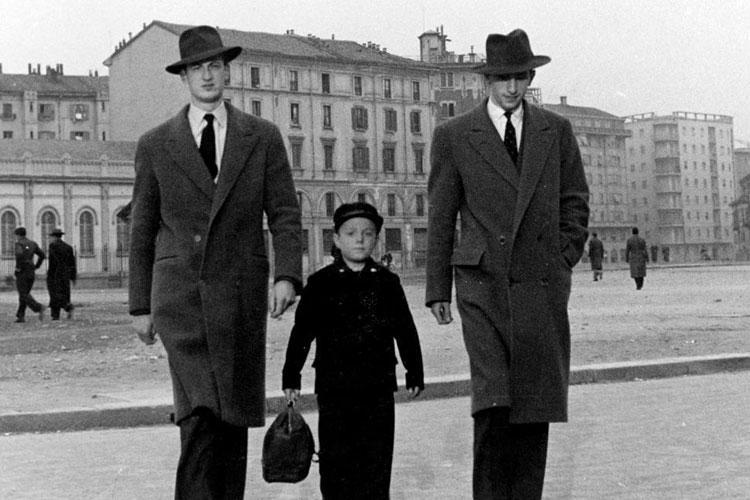 Meanwhile, the Venice International Film Festival has said that every Friday and Saturday at 21:00 from 24 July to 30 August, a restored classic film will be screened. Although the event was previously announced and should have been held at the city’s Cinema Rossini between March and May, Italy’s emergency measures to curb the spread of the coronavirus forced a lockdown that prevented it from taking place.

The first edition of the Permanent Festival of Restored Films will feature twelve old school masterpieces in the original language version with subtitles in Italian. These will come from a selected list of the finest and most recent film restoration projects completed by film libraries and production companies around the world.

The festival’s organisers noted that the intention is to introduce audiences to films that have left their mark on cinematic history, and continue to inspire the work of today’s filmmakers.

The first film in the programme, Don’t Look Now, is a 1973 horror film masterpiece by British director Nicolas Roeg, and starring Julie Christie and Donald Sutherland. It will be introduced by directors Luca Guadagnino and Giovanni Soccol.

A tribute to the great Venetian photographer Fulvio Roiter will be held before the screening of Fat City (1971) by John Huston.