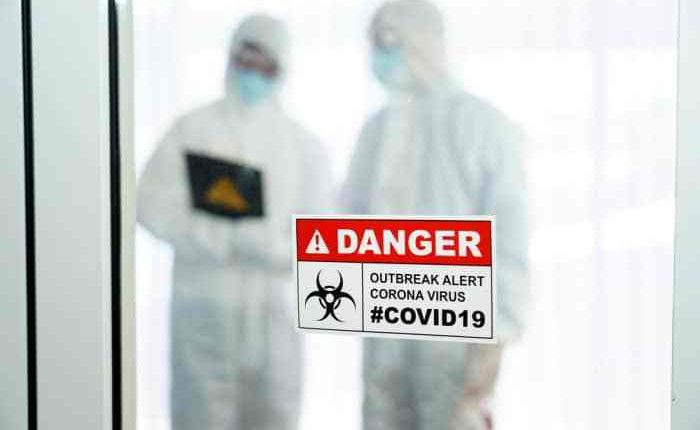 The World Health Organization (WHO) has warned that the aerosol transmission of airborne diseases and viruses, such as the novel coronavirus (COVID-19), is underestimated.

The organisation noted that, if the significance of aerosol spread is confirmed, as suspected, we will have to reconsider guidelines on social distancing, ventilation systems, and shared spaces.

A group of researchers from the UK’s Heriot-Watt University and the University of Edinburgh believes that a better understanding of different droplet behaviours is also needed. This consideration would also take into account their different dispersion mechanisms, based on droplet size.

In a study published in peer-reviewed journal, Physics of Fluids, the group presents a mathematical model clearly demarcating small-, intermediate- and large-sized droplets. Simple formulas can be used to determine a droplet’s maximum range.

This has important implications for understanding the spread of airborne diseases, such as COVID-19, as their dispersion tests revealed the absence of intermediate-sized droplets, as expected.

“The flow physics of someone coughing is complex, involving turbulent jets and droplet evaporation,” said Cathal Cummins of Heriot-Watt University. “And the rise of COVID-19 has revealed the gaps in our knowledge of the physics of transmission and mitigation strategies.”

One such gap in the physics is a clear, simple description of where individual droplets go when ejected.

“We wanted to develop a mathematical model of someone breathing that could be explored analytically to examine the dominant physics at play,” Cummins said.

As a person breathes, they emit droplets of various sizes that do not necessarily faithfully follow the airflow.

“We represent breathing as a point source of both air and droplets and include a point sink to model the effect of extraction of air and droplets,” Cummins said. “To take their size and density differences into account, we use the Maxey-Riley equation, which describes the motion of a small but finite-sized rigid sphere through a fluid.”

This work gives researchers a general framework to understand the droplet dispersion. The model simplicity demonstrates that bimodality could actually be a property of the droplets themselves, and the group provides formulas to predict when such droplets will have short ranges.

“Our study shows there isn’t a linear relation between droplet size and displacement, with both small and large droplets travelling further than medium-sized ones,” said Felicity Mehendale, co-author and academic surgeon at the University of Edinburgh.

She added, “We can’t afford to be complacent about small droplets. PPE is an effective barrier to large droplets but may be less effective for small ones.”

As a solution, Mehendale formulated the idea of creating an aerosol extractor device. The team is working on plans to manufacture the aerosol extractor, to keep clinicians safe during a wide range of aerosol-generating procedures routinely performed in medicine and dentistry. Extraction units placed near the droplet sources can effectively trap droplets, if their diameters fall below that of a human hair.

“This has important implications for the COVID-19 pandemic,” said Cummins. “Larger droplets would be easily captured by PPE, such as masks and face shields. But smaller droplets may penetrate some forms of PPE, so an extractor could help reduce the weakness in our current defence against COVID-19 and future pandemics.”

Mehendale said a better understanding of the droplet behaviour will help “inform the safety guidelines for aerosol-generating procedures, and it will be relevant during the current and future pandemics, as well as for other infectious diseases.”

She added, “This mathematical model may also serve as the basis of modelling the impact on droplet dispersion of ventilation systems existing within a range of clinical spaces.”