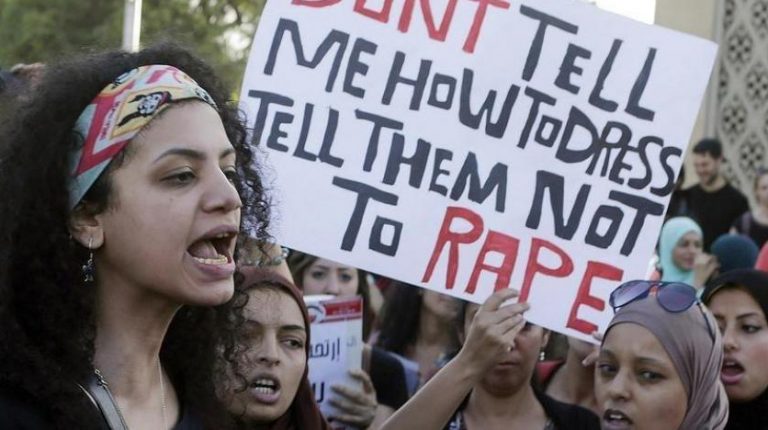 The Egyptian Parliament’s constitutional and legislative affairs committee initially approved, on Tuesday, a draft law that keeps the identities of sexual harassment and assault victims confidential.

The law allows for the examining magistrate to keep the identities and data of victims confidential. This is stipulated in Chapter Four of the Penal Code or in both articles 206 A and 306 B, as well as article No 96 of Child Law No. 12 of 1996. Victims’ data can only be revealed to the court and to defendants upon their specific request.

Any party that discloses information on the victims, or their data, will face punishment as per Article 310 of the Penal Code, including imprisonment of up to six months, and a fine not exceeding EGP 500.

The bill was submitted in July by the Ministry of Justice, with the aim of protecting victims’ data in sexual abuse crimes to encourage women to report sexual assailants.

The bill follows the arrest of the alleged serial rapists and harasser Ahmed Bassam Zaki who is in detention pending investigation over charges of attempted sexual assault of several young girls, including a minor.

Zaki’s arrest was sparked by a national outcry, after an Instagram account entitled @assaultpolice shared testimonies relating to over 50 incidents of sexual harassment, rape, and sexual assault. The incidents are said to have taken place over the space of five years, with all those who shared testimony accusing Zaki of being the perpetrator.

Reporting sexual assault crimes has been a challenge in Egypt, as many victims refrain from filling reports to the prosecution fearing stigma or reprisals from defendants that often seek revenge. Many victims also fear being themselves blamed for the attacks.

But Zaki’s arrest has encouraged more women to share their testimonies relating to sexual abuse on social media, triggering a MeToo-like wave in Egypt.

Most Egyptian women have reported experiencing sexual harassment in streets, on public transportation, and in the workplace. A 2013 UN study showed that 99.3% of women surveyed in Egypt have been subject to sexual harassment.