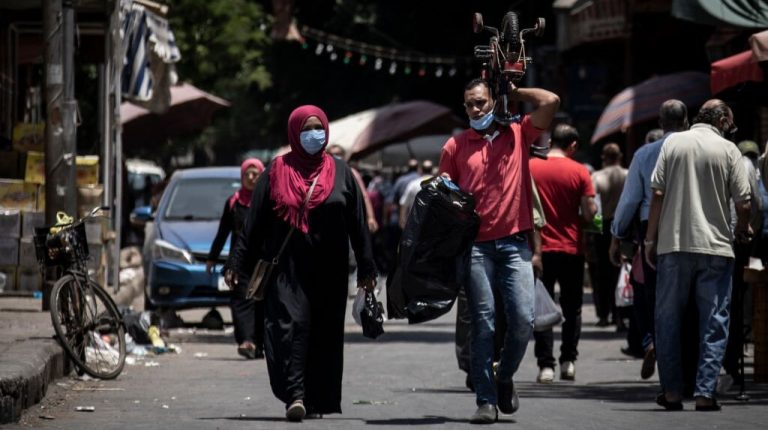 Egypt’s daily number of new infections from the novel coronavirus (COVID-19) has, for the third week in a row, continued to decrease. The decline comes at the same time as recent governmental measures to ease lockdown measures that has seen life across the country gradually return to normal.

On Tuesday, the Ministry of Health recorded 112 new cases, bringing the country’s total number of cases since the beginning of the pandemic in Egypt to 94,752. The daily number of fatalities from the virus has also continued to decrease with 24 reported, bringing the total number of deaths to 4,912. The number of recoveries has also increased as 45,569 cases have been discharged from quarantine facilities at hospitals.

Dr Mohamed Abdel Fattah, head of the Central Administration for Preventive Affairs at the Ministry of Health, said there are several reasons for the notable decline in Egypt’s infection rate over the past few weeks.

“The decline is not sudden, but has been achieved gradually to reach the current low number of cases,” Abdel Fattah told Daily News Egypt.

He explained that the ferocity of the virus itself has declined, while a type of herd immunity is now prevalent. The improved ability to diagnose the infection early has also been a key factor in helping many cases undertake self-isolation home, rather than require medical supervision.

Abdel Fattah pointed out that the virus will not disappear until a vaccine against the virus is found.

It has been projected that Egypt will record no new coronavirus infections by mid-September. However, health officials have stressed the need for precautionary measures, such as social distancing, to remain in place to keep the situation fully under control and prevent any future surge of the virus.