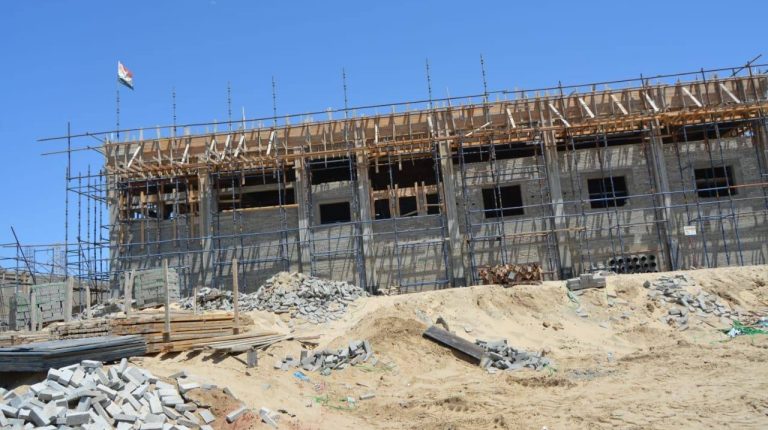 A 500 megavolt-ampere (MVA) power transformer is currently being established in New Mansoura city at a total cost of EGP 440m, according to Minister of Housing, Utilities and Urban Communities Assem El-Gazzar.

He said the station’s first phase, located in the city’s southern region, will be constructed on 14 feddan, and will have the capacity of 300 MVA at a cost of EGP 440m.

Mohamed Ragab, head of the New Damietta City Development Authority and supervisor of New Mansoura, said the station will consist of a range of equipment to provide power to the new city. This includes a control building, a GIS 220 substation, transformers, gantry gearbox, and the like.

Ragab pointed out that finishing work on the station’s outer wall, concrete towers, and control building is underway. The concrete work on transformer walls along with the finishing touches have been completed, with construction work on frames and walls for the substation and gantry gearbox currently being implemented.

The power transformer plant is set to fully feed New Mansoura in the future, he disclosed, noted that the new development is one of the fourth generation cities currently being implemented in Egypt.