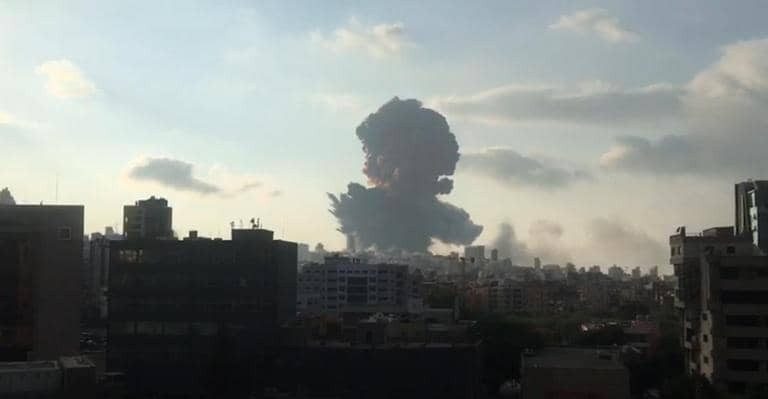 The sudden explosions close to the seaside reduced several buildings to rubble and stirred up high waves, leaving spirals of brown and white mushroom-like clouds over the ground, showed video clips obtained by Xinhua.

The casualties of the explosions are unknown yet.

The two huge explosions that rocked Lebanon’s capital left dozens dead and injured, al-Jadeed TV channel reported. A local hospital, however, said at least 500 were injured in the explosions.