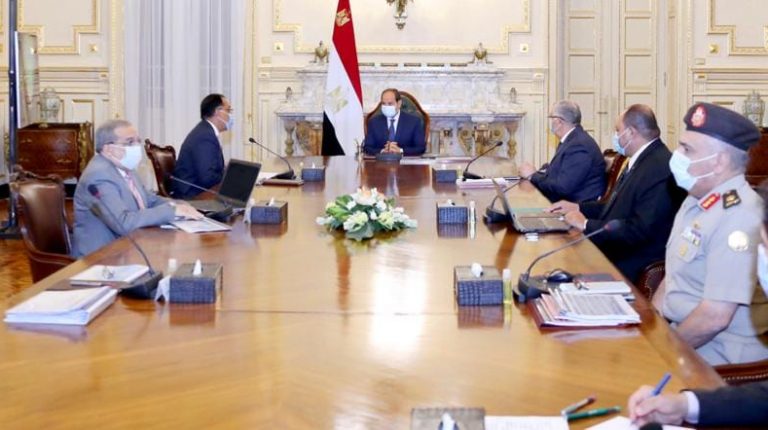 Egypt’s President Abdel Fattah Al-Sisi has directed to the country’s agricultural projects to be expanded to increase economic returns for the state.

The president also ordered that funding for the National Project for Veal Revival should also be increased by EGP 1bn.

The president also directed for all components needed in desalination technology to be locally produced, to enhance the national capacity in this field. This would see continuing studies in the use of modern irrigation methods.

He also called for increased support of Egypt’s National Project for Veal Revival, with the project’s funding to be doubled by EGP 1bn. This is to achieve greater balance in the local meat market.

During the meeting, the ministers also discussed ways to expand on the localisation of meat and dairy production, using  imported livestock strains. This would improve the local breeds available in the country, and reduce the need for imported meat, whilst also increasing milk production.

The national programme for the production of vegetable seeds and their varieties was also reviewed during the meeting. The project aims to reduce imports of vegetables from abroad, and reduce the cost of production in this regard.

Meanwhile, Madbouly presented the latest developments in the National Project for North and Central Sinai, which includes the construction of an agricultural wastewater treatment plant. This aims to reuse water to irrigate about 400,000 feddan in the Sinai Peninsula.

The Bahr Albaqar wastewater treatment plant, located near Port Said in northeast Egypt, is currently being constructed by Arab Contractors and Orascom Construction. Once it commences with operation, the plant is projected to treat as much as 5m cubic metres of wastewater per day.