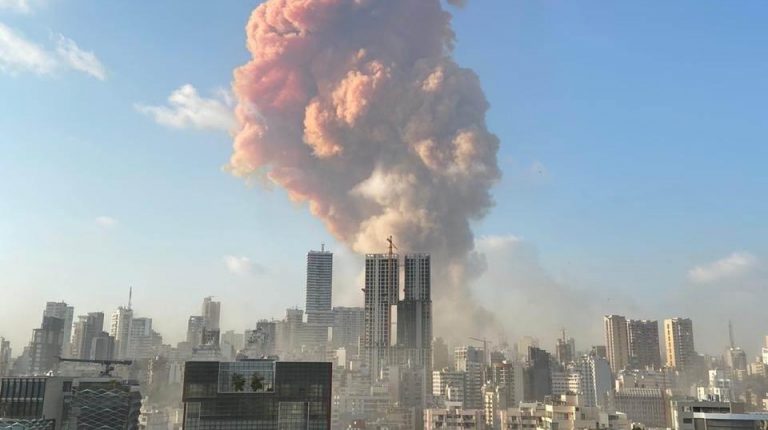 The Egyptian Embassy in Lebanon said, on Tuesday, that two Egyptians citizen was among the 100 people killed in the Beirut explosion.

The embassy extended its condolences to the family of the victim, who has been identified as Ibrahim Abdel Mohsen Al-Qaffas, according to a statement on the embassy’s Facebook page.

The embassy confirmed that it is taking the necessary measures to return Al-Qaffas’ remains to Egypt for burial. It added that it has been informed by some Egyptian nationals in Beirut of the disappearance of their Egyptian colleague, who has been identified as Roushdy Ahmed El-Gamal. He was also reportedly near the site of the explosion.

The embassy said it is coordinating with the Lebanese authorities in efforts to search for the missing citizen. It has called on those who have information about the whereabouts of the missing person to come forward.

On Tuesday, a massive explosion rocked Beirut’s port area, after a huge fire erupted among flammable materials stored in a warehouse.

Lebanon’s Supreme Defense Council declared Beirut “a disaster city”, and that a period of national mourning will be held for three days.

Whilst a state of emergency has been declared, the council also said that a military authority would assume responsibility for securing Beirut, while recommending the formation of a committee to manage the explosion crisis.

Lebanese Prime Minister Hassan Diab described the Beirut port explosion as a “catastrophe”, calling for international community to offer assistance to his country.