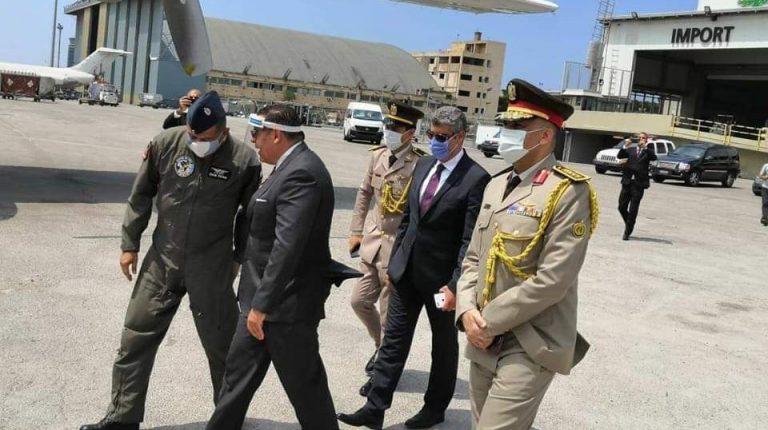 Egyptian aircraft carrying a total of nine tonnes of urgent medical and relief supplies arrived, on Thursday, in the Beirut Airport.

The assistance came upon directives from Egypt President Abdel Fattah Al-Sisi, in order to support the Lebanese people after the deadly blast in the Beirut port that killed about 137 people and injured more than 5,000 others on Tuesday.

During a phone call on Wednesday, Al-Sisi offered his condolences to his Lebanese counterpart Michel Aoun, asserting that Egypt stands by Lebanon and is willing to offer any help for Beirut.

Meanwhile, Egyptian Ambassador to Lebanon Yusuf Allawi announced on Wednesday that Egypt will launch an air bridge to send urgent medical aid to Lebanon, in addition to sending medical teams to participate in relief efforts.

Also on Wednesday, the Egyptian Minister of Health and Population Hala Zayed expressed to her Lebanese counterpart Hamad Hassan, her condolences to the Lebanese people.

She assured the Lebanese official of Egypt’s keenness to provide all medical support needed, noting that Egypt will send two planes loaded with medical aid, including medicines of all kinds, and surgical supplies.