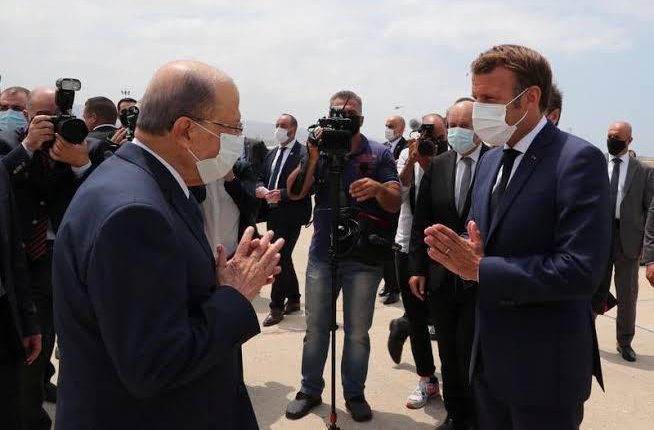 French President Emmanuel Macron arrived in Lebanon, on Thursday, two days after the Beirut port blast that caused destruction across the capital.

“Lebanon is not alone and solidarity [with the Lebanese] is a duty,” Macron said.

Speaking shortly after his arrival, Macron said that what happened in Lebanon is a very huge disaster and an urgent response to this is required.

He announced his intention to coordinate further French and international relief for Lebanon in the coming days, calling the country’s political elite to make urgent reforms.

“If reforms are not made, Lebanon will continue to suffer,” he asserted.

The Frernch president added, “The first victim is the Lebanese people, so I wanted on this visit to listen to what the officials said and coordinate to provide assistance.”

He noted that France will send more rescue teams for Lebanon.

During his visit, Macron visited the site of the blast, which left about 137 dead and more than 5,000 wounded.

The French president spoke with rescue workers at the site, where an officer from the French rescue team, who is helping the Lebanese teams, confirmed that “there is still a hope for finding survivors.”

The officer added that the rescue team is searching for “seven or eight people working at the port, stuck in a hall made by the explosion.”

Macron was greeted on the tarmac by Lebanese President Michel Aoun, and is expected to head later to the presidential palace for meetings with “all political actors”, including Prime Minister Hassan Diab.

He will also meet with members of different political factions and civil society before giving a press conference later this afternoon.