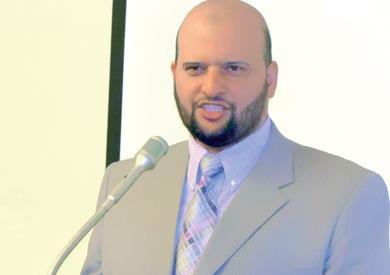 Renewing religious discourse and the role worship plays in society has, for years, been a topic of debate across the Middle East and wider Islamic world.

Ibrahim Negm, senior adviser to the Grand Mufti of Egypt and Secretary-General of the General Secretariat for Fatwa Authorities Worldwide, sat down with Daily News Egypt to talk on the development and renewal process of religious discourse.

He notes that the world is witnessing successive waves of violence as well as an overwhelming search for fatwas, or religious decrees, that justify violence. In the interview, Negm talks through how Islam has been misused in recent years, and the steps that have been taken to ensure that information on the religion reaches the public.

What is the current situation regarding renewing religious discourse, and what steps have been taken?

It is no secret that the world has woken up in recent years, after several treacherous strikes from terrorism. The movement of renewal stopped in the time of Imam Mohamed Abdo and his peers, such as Sheikh Al-Maraghi, Sheikh Al-Marsafi, Shaltut, Abu Zahra, Abdel-Wahab Khallaf and Ahmed Bey Ibrahim. These scholars influenced Islamic thought through their many efforts that are considered to be the first attempts for religion discourse renewal in the modern era. Then, extreme groups emerged and focused on appearances at the expense of deep meaning, substance, and origins.

This extreme discourse used the media and social media platforms, and has had financial support lavished on it from suspicious entities. Therefore, we had to move forward in line with President Abdel Fattah Al-Sisi’s call to renew the religious discourse.

For this effect, Egypt’s Dar Al-Ifta launched a group of projects, the most important of which is the “Global Fatwa Index”, the first of its kind in this field. It was implemented by the Strategic Studies Unit of the General Secretariat of Fatwa Authorities Worldwide, and includes 2,000 hours of audio and video lectures on religious discourse renewal.

It aims to encourage and actively participate in renewing religious discourse, by presenting realistic models in development, establishing curricula and ideas, while presenting modern alternatives to our religious and cultural problems.

How did the idea of the Takfiri Fatwa Observatory start? And what has been achieved on the ground in this regard?

The Observatory of Takfiri Fatwas and Extremist Views was established in 2014 by Dar Al-Ifta as the first Islamic reference in the field of fatwa, as it provides the necessary practical, technical, and legal support and steps to achieve this goal. It also provides assistance and support to Egyptian religious and social institutions in facing this phenomenon and its effects. Additionally, it presents a means of fighting extremist patterns. Meanwhile, the Islamophobia Observatory was launched in 2015. It monitors and treats the phenomenon of fear of Islam, and providing all necessary measures to confront it.

Do you think the Islamophobia is increasing or declining abroad?

Islamophobia has doubled in the recent period in an exaggerated manner, due to the distorted image presented in Western media, and which is exported about Muslims. Islamophobia is increasing in the real and virtual space, especially as a noticeable increase in the percentage of Islamophobic incidents online has been seen.

The Observatory for Muslim Minorities aims to make a research mechanism to serve the General Secretariat for Fatwa Authorities Worldwide to achieve accurate monitoring and careful follow-up on the conditions of Islamic communities abroad. It also help decision-makers in religious and fatwa institutions to take positions and build policies and programmes that achieve the benefit of these communities.

How do you view the use of religion in the Middle East’s political conflicts?

The provocations carried out by the Muslim Brotherhood terrorist group and ISIS were falsely committed in the name of Islam, and this is what deceives the gullible and those with certain religious affections that are not based on knowledge or jurisprudence.

The killing, torture, and bloodshed that ISIS committed against Syrians and Iraqis were only meant to serve Turkish political purposes. This is at a time when we find the reaction of the international community often impulsive and premature, and affected by malicious media in the absence of media entities dealing with events objectively. So we need the cooperation and solidarity of all international institutions to expose and confront what is done under the guise of Islam for political purposes.

What do you think of the proposed amendment to separate Dar Al-Ifta from Al-Azhar and include it under the Ministry of Justice?

There is a lot of confusion regarding the content of the Fatwa Regulation Law that was recently approved by the House of Representatives. There is no doubt that some have sought to sow seeds of discord between Al-Azhar and Dar Al-Ifta, where it was claimed that this law would achieve independence for the Dar Al-Ifta away from the umbrella of Al-Azhar.

The reactions that emerged online from extremist elements highlighted that the law came at the right time, and dealt a heavy blow to these groups who were eager to silence Dar Al-Ifta’s voice.

How did Erdogan and the Brotherhood turn into a burden on Islam, and what are the consequences?

All the crimes committed by [Turkish President] Erdogan and his party, and the Brotherhood have been to use religion to serve their political interests.

All internal crimes of aggression, such as killing, repression, arrests, confiscation of funds, arbitrary seizures, and closing channels and means of expression against tens of thousands of innocent people were made falsely in the name of Islam. He claimed to be restoring the Islamic caliphate and recovering the heritage of the Ottoman Empire, despite everyone opposing him from peaceful political or religious currents.

What are your perceptions of the Hagia Sophia’s return as a mosque?

Erdogan transformed Hagia Sophia Museum’s back into a mosque, to embody the role of the late leader Muhammad Al-Fateh. It is simply acrobatics to stoke the feelings of Muslims. We should look at the move from the political perspective that Erdogan envisaged through this transformation. We should also look at all the signs, indications, and contexts to confirm that it is a purely political event for media consumption.

What is the role of the General Secretariat for Fatwa Authorities Worldwide?

The secretariat seeks to be the umbrella for religious advisory bodies, whether in Islamic countries or among Muslim communities in all parts of the world. The General Secretariat plays a solid fatwa role and works to increase their effectiveness in the societies in which they are based, so that its role as a guide and source of information is one of the factors of development and civilisation for humanity.

The secretariat’s importance lies in the context of its time and place. The world is witnessing successive waves of violence as well as an overwhelming search for fatwa that justify violence. The General Secretariat follows a specific strategy, as it was the first Islamic institution in the world concerned with monitoring and putting together institutions and bodies worldwide to recover the positive role fatwa can play in the lives of people and societies.

How did COVID-19 affect the Islamic Da’wah and the correction movement of false concepts that Al-Azhar undertakes, especially in the West?

I see that the pandemic has given us a great opportunity to show the extent of modernity of Islam religion and how our religious institutions keep pace with the latest developments and depend on modern sciences in assessing and judging the situation. This has been proven in many fatwas that were issued in dealing with the coronavirus pandemic.

During this period, Egypt’s Dar Al-Ifta has issued several important fatwas that are appropriate to the current situation and address many of the negative effects of the pandemic, mainly the economic effects on irregular labourers. We issued a fatwa to allow the early giving of Zakat Al Fitr [a Muslim’s annual charitable tithe], whilst also launching an initiative to encourage Muslims to channel Umrah money to the poor and the support of hospitals. We also worked to rectify many false concepts related to the suspension of collective worship such as Friday prayers. At the same time, we provided support to those doctors or patients who have suffered psychological effects from bullying related to the virus. We have urged people to provide all forms of support to them to avoid any negative psychological side-effects.

Has Dar Al-Ifta turned to modern technology during the coronavirus pandemic?

Dar Al-Ifta has succeeded in filling the fatwa gap due to the social distance measures during the coronavirus pandemic, by using several methods to receive questions on Sharia’a (Islamic jurisprudence), via the Fatwa Hotline. We have also intensified the direct broadcast hours through Dar Al-Ifta’s official Facebook page, whilst focusing on activating the role of electronic fatwa through the Dar Al-Ifta website and mobile application. The Facebook page, which has seen its followers increase by about 260,000 users, achieved 42m views during the month of Ramadan, with interactions reaching 36m.

Pilgrims in Saudi Arabia free from COVID-19 so far