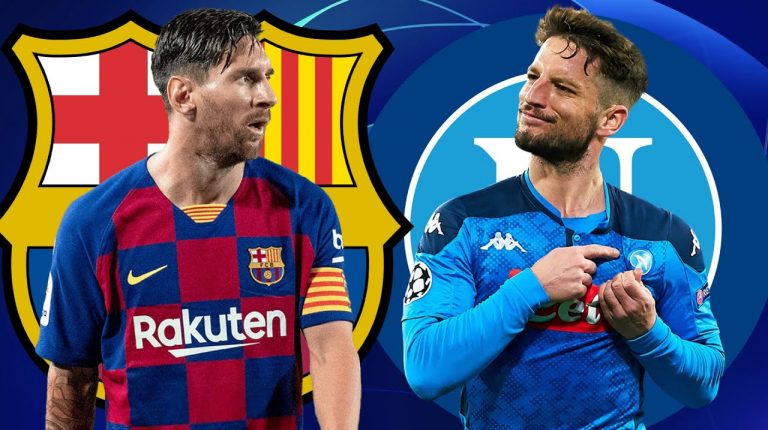 It is make or break time for FC Barcelona and coach Quique Setien when Barca take on Napoli in the Camp Nou Stadium on Saturday night for a place in the quarterfinals of the Champions League.
Defeat for Setien’s men will bring Barca’s season to an end and almost certainly bring down the curtain on Setien’s brief time in charge.

Barca go into the game after disappointing in the return to football in La Liga, which saw a 2-point lead over Real Madrid turn into a five point deficit at the end of the campaign.

With Barca losing in the semifinal of the Spanish Supercup and knocked out of the quarterfinals of the Copa del Rey by Athletic Club, Europe is the only route to silverware for the club this season.

A 1-1 draw in Naples before the suspension of the competition due to the coronavirus means Barca hold a slight advantage going into the return leg, but Setien has some key players out on Saturday night with midfielders Sergio Busquets and Arturo Vidal both suspended.

With Arthur Melo still in Brazil, Barca look light in midfield, while youngster Riqui Puig, whose performance was perhaps the only shining point in the disappointing end to the league campaign, is likely to start alongside Ivan Rakitic and possibly Sergi Roberto in midfield.

Samuel Umtiti’s knee injury leaves Gerard Pique and Clement Lenglet as Barca’s only two fit central defenders and they will be backed up by B-teamer Ronald Araujo, while right back Nelson Semedo, will have to be careful to avoid a yellow card as he is on the verge of suspension.

Martin Braithwaite is unavailable after not being included in Barca’s squad, limiting Setien’s choices in attack, although the return of Ousmane Dembele to full training gives a further option to the coach.

Setien will have to decide whether to play Antoine Griezmann or Ansu Fati alongside Leo Messi and Luis Suarez. Although Griezmann will probably get the nod, Fati showed more efficiency in the closing weeks of the domestic campaign.
Messi is another player one booking away from suspension, but Barcelona’s undisputed leader can’t hold back on Saturday night, because without him, Setien is likely to be history sooner rather than later.