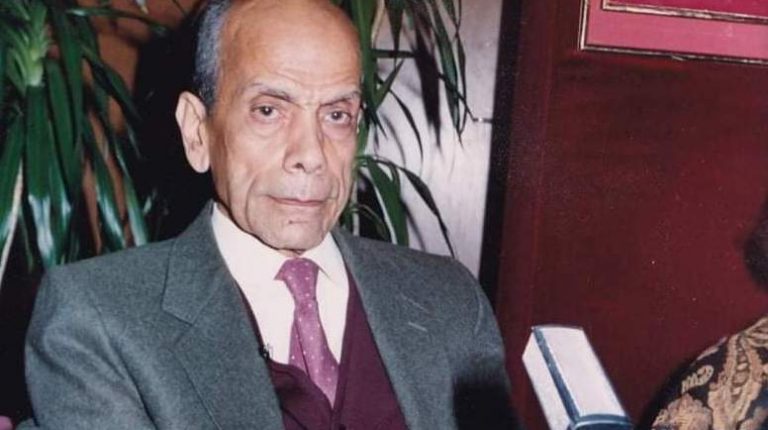 Egypt is to celebrate the 100th birth anniversary of renowned theatre critic and intellectual, Dr Ali al-Rai, who was born on 7 August 1920.

The Supreme Council of Culture has organised a series of virtual events for 17 August to celebrate the 100th anniversary of the critic, journalist, translator, and playwright’s birth.

The digital events come as part of the Ministry of Culture’s initiative aimed at celebrating national cultural symbols, whilst commemorating their memory and their pioneering and important roles in Egyptian and Arab cultural life.

The celebration activities will start at 18:00 with an online cultural evening, entitled “Ali Al-Rai, One Hundred Years”.

The celebration will begin with a short documentary film on the late critic’s life, presented by his daughter Laila Al-Rai, and directed by Yasser Abdel-Gawad.

The event will also include a seminar about Al-Rai’s role in literary criticism, theatre, media, and Egypt’s cultural life in general. The seminar will be presented by a number of Egyptian critics, media professionals, and dramatists.

Al-Rai left behind a rich legacy, mainly in Egyptian theatre, having authored several books associated with Egyptian and Arab theatre. These include “Improvised Comedy” (1968), “The Theater of Blood and Tears” (1973), “Theater in the Arab World” (1980), “The Character of the Swindler” (1985), and “The Concerns of the National Theater” (1994).

Working until the last months of his life, Al-Rai was only stopped by his illness. During his 44 years of work as a critic, he never engaged in personal conflicts even after being facing strong attacks on his own work. Al-Rai passed away in 1999.