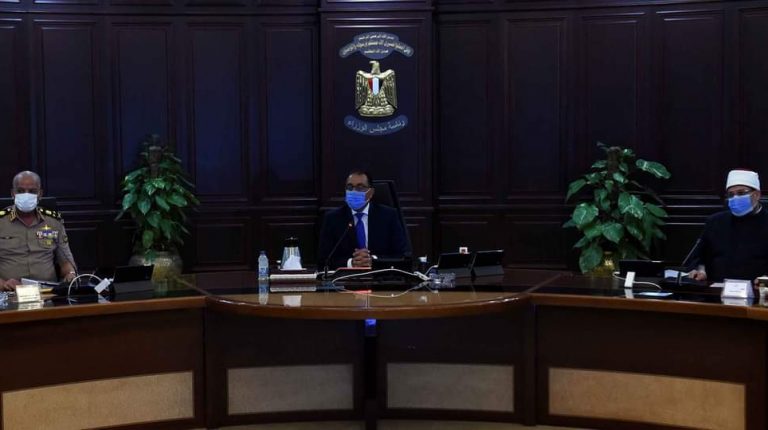 Egypt’s Prime Minister Mostafa Madbouly said, on Thursday, that the decline in daily rates of infection and death from the novel coronavirus (COVID-19) does not justify non-adherence to precautionary measures.

During a cabinet meeting, Madbouly hailed the significant efforts made by the Egyptian government to ensure the secondary school leaving exams (Thanaweyya Amma) were still held, despite the pandemic.

He pointed out that Egypt has taken on a pioneering role in putting in place a highly secure exam system at a time when a number of countries cancelled similar academic exams due to pandemic-related fears.

Meanwhile, Minister of Health Hala Zayed announced that the Global Alliance for Vaccines and Immunization (Gavi, The Vaccine Alliance) has agreed to provide Egypt with vaccines for the virus.

She added that isolation hospitals that are capable of dealing with coronavirus patients have about 6,556 internal beds, 793 Intensive Care Unit (ICU) beds, and 640 ventilators. These hospitals also triage suspected cases of the coronavirus, with confirmed mild to moderate cases sent to isolate at home and only the severe cases place in isolation hospitals.

“On behalf of the cabinet, I extend my sincere condolences and sympathy to the Lebanese people and the government,” he added.

Minister of Higher Education and Scientific Research Khaled Abdel Ghaffar added that he is coordinating with Lebanese officials regarding Egyptian medical teams that are to be sent to Lebanon. The teams are set to provide the necessary health and medical services for those injured in the huge blast.

Minister of Endowments Mohamed Mokhtar Gomaa asserted that his ministry has prepared several tonnes of food supplies and aid which will be sent to Lebanon.

Meanwhile, Minister of State for Emigration and Egyptian Expatriates’ Affairs, Nabila Makram, said that her ministry is following up on the procedures to transfer the bodies of the three Egyptian victims who were killed in the Tuesday blast.