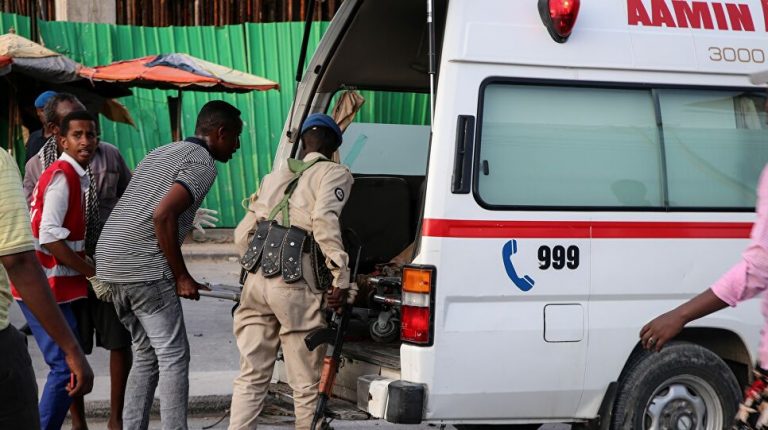 At least eight people were killed and 14 others injured following a suicide bombing in Somalia capital here on Saturday, a medical charity confirmed.

Abdikadir Abdirrahman, director of Aamin Ambulance said they have rushed the injured to the hospital after a suicide bomber rammed a vehicle loaded with explosives into a military base in Mogadishu’s Wardhigley district.

“So far, we know that eight people were killed and 14 others injured in the blast,” Abdirrahman said.

Dhame Sadik Adan, a police spokesman, confirmed that the terrorists had targeted a military base, resulting in unknown casualties.

“There was a huge blast in Wardhigley district and there are casualties which I have not established now. We will provide more information later,” Adan told Xinhua over the phone.

There was no immediate claim of responsibility for the attack, but the al-Qaida allied terrorist group, al-Shabab, which has been fighting to overthrow the Western-backed government, has staged such attacks in the past.