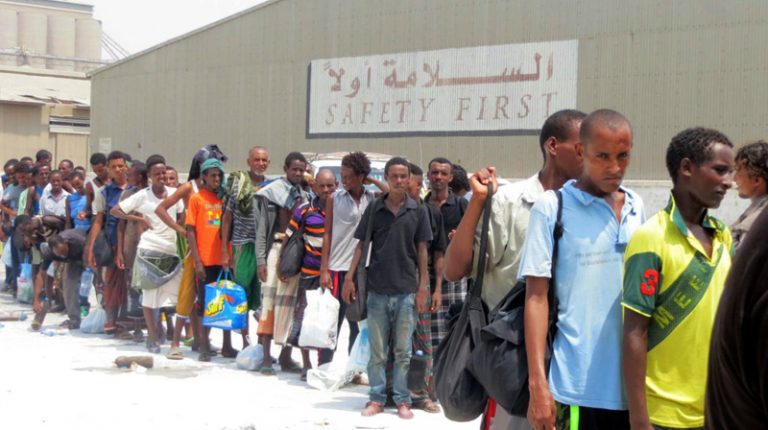 At least three Ethiopian migrants were killed on Sunday after they were caught in crossfire of clashes between the Yemeni warring parties in the central province of Marib, a government security source told Xinhua.

The clashes between the government forces and the Houthi militia took place near the high way in the district of Mahiliyah in the southwest of the government-controlled province.

Several other African migrants were wounded, the security source said on condition of anonymity.

The internationally-recognized government of President Abd-Rabbu Mansour Hadi has been battling the Iran-backed Houthi militia for over five years in Yemen.

The African migrants have frequently fled their countries to Yemen, from which they infiltrate through the borders to enter the Arab Gulf states to seek jobs.