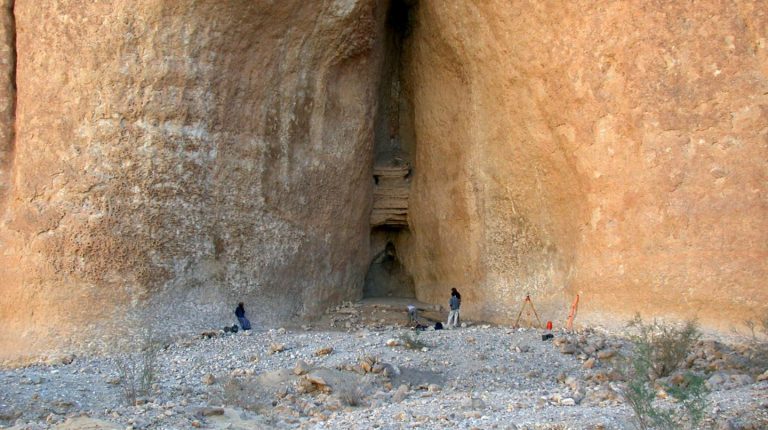 Ancient inhabitants of ancient Arabia and North America independently invented the same technique of creating a channel along with stone arrowheads, also called fluting, as far back as 8,000 years, new research suggests.

The research added that the technique was found in both geographically diverse areas of the world, despite there being no recorded communication between the two communities.

By comparing the fluting technologies used in both North America’s Paleoindian prehistory and Neolithic Arabia, researchers learned that some Arabian toolmakers did this for reasons other than functional efficiency.

In the paper published last Thursday in the PLOS ONE journal, researchers noticed independent inventions of the same form in the two regions that had no cultural contact or overlap in time. But in Arabia, it is likely that only some toolmakers could manage this difficult and functionally unnecessary skill.

“It was a display of skill meant to imply other abilities, a bit like a businessman who wears a full suit on Wall Street in summer, or a male peacock displaying his feathers,” said Professor Joy McCorriston.

McCorriston is the co-author of the paper, “Toolmakers could have been male or female, of course” and works in the Ohio State University’s Department of Anthropology.

Most archaeologists conclude that points are fluted to make it easier to attach them to a shaft. But Arabian points are sometimes fluted from the tip, so another explanation was sought.

“We have also found that there was no other difference, in terms of dimensions or weight, between fluted and not-fluted points,” McCorriston told Daily News Egypt.

“So we were led to consider social reasons for why some toolmakers fluted points.”

He explained that the ancient people of Arabia could not be termed Arabs or speakers of Arabic, for which evidence is only found as far back as the 4th century CE. They were, however, descendants of an ancestral Arabian people which were most likely resident in southern Arabia 30,000 years ago.

The research team learned that by 8,000 years ago, the ancient communities in Arabia hunted wild gazelles and had acquired cattle, sheep, and probably also goats from groups outside Arabia. The researchers also found that neolithic indigenous Arabians had distinct styles of making tools.

“These fluted points may have been useful for hunting, but you don’t need a fluted point to do that well,” McCorriston said.

He concluded that “The points could also have signalled to other members of the community that a toolmaker skilled at one thing (fluting) was good at other things, like defending herd animals he/she had raised, or tracking wild game.”