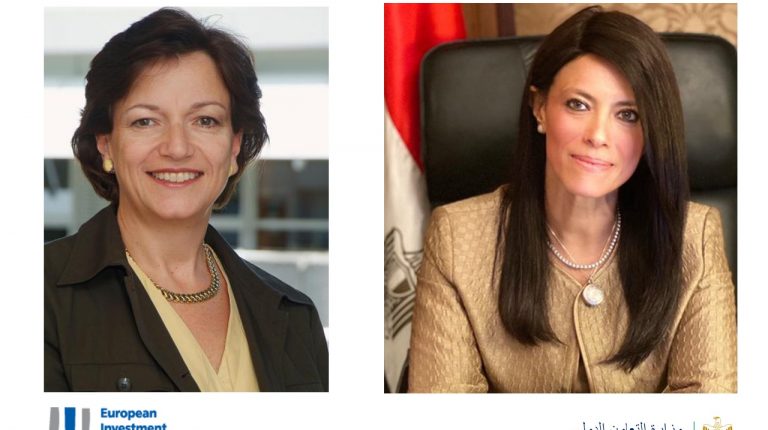 Egypt’s Minister of International Cooperation Rania Al-Mashat has met with representatives from the European Investment Bank (EIB) to discuss future cooperation between the two parties.

During the meeting, Minister Al-Mashat met with the EIB’s Director for Neighboring Countries Flavia Palanza, and Head of the bank’s Representation for the Near East Alfredo Abad, to discuss future cooperation between the two in priority sectors. The cooperation will work towards achieving sustainable development, particularly in transport, agriculture and health.

The minister said the meeting outlined several steps that will be taken in support of Egypt’s transport sector. This will see €1.1bn in recently approved funding put towards the financing of three National Authority for Tunnels projects, namely: the development and expansion of the El-Raml Tram Station and the Abu Qir railway line in Alexandria; and the development of Cairo Metro’s Line 2.

Minister Al-Mashat noted that the meeting saw additional discussions on potential cooperation in the agricultural sector, as part of the government’s plan to develop this sector in depth. The minister and EIB officials also looked into future health sector agreements that would provide additional support to overcome the novel coronavirus (COVID-19) pandemic.

The meeting comes in light of the Ministry of International Cooperation’s efforts to strengthen the collaboration with a range of development partners to achieve the best possible results for the country. This comes through regular interactive and participatory consultations with all partners and relevant ministries, intending to achieve the UN’s Social Development Goals (SDGs).

The EIB’s Board of Directors has recently approved a €670m grant to support countries in the southern Mediterranean region as they continue their respective battles against the coronavirus.

Minister Al-Mashat added that any future cooperation falls under the ministry’s Global Partnerships Narrative that focuses on three pillars: People at the Core, Projects in Action and Purpose as the Driver.

For her part, Palanza stressed that the EIB is ready to continue providing financial and technical support, focusing on sustainable infrastructure and social inclusion, for Egypt’s development plans.

During the first half (H1) of 2020, Egypt’s Ministry of International Cooperation announced several agreements it had made with the EIB. This included an €122.7m agreement that would go towards the country’s water and transportation sectors, and a further €100m granted to Banque du Caire to support small- and medium-sized enterprises (SMEs).

Egypt’s diversified cooperation portfolio set up in partnership with the EIB currently stands at about €4.8bn. The portfolio targets several sectors, including transport, water and sanitation, energy and SMEs.