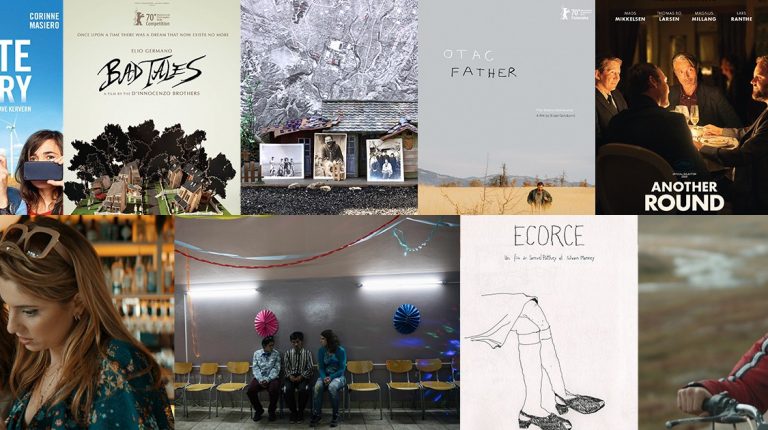 The Gouna Film Festival (GFF) has announced that 16 films that will be screened at its 4th edition this year. The extensive range of international films will “showcase a wide variety of films that tell powerful stories from the region and the world”.

The Egyptian film festival said part of its mission is to programme unique films, as well as newly discovered cinematic voices. It added that it is proud to announce the screening of Bad Tales (Italy/Switzerland), by directors Damiano and Fabio D’Innocenzo, as part of its lineup this year.

Another gem in the festival’s 2020 selection is Days of Cannibalism (France/South Africa/Netherlands), a documentary in which director Teboho Edkins sheds light on the barren canyons of Lesotho’s sparsely populated eastern Thaba-Tseka district.

Delete History (France), directed by Benoît Delépine and Gustave Kervern, tells the story of three neighbours who come to terms with the consequences of the new world of social media.

Father (Serbia), by director Srdan Golubović, focuses on Nikola, a father who is ordered to give up his two children to social services following his wife’s attempted suicide. Following on with the theme of dysfunctional homes, Viggo Mortensen’s directorial debut, Falling (US/Canada), explores the fractures and contrasts of a modern family.

Samir Guesmi’s Ibrahim (France), is a feature narrative about an adolescent dreamer who becomes involved in a shoplifting scam. The scam eventually goes array, landing his father, with whom the protagonist has a difficult relationship, with unexpected debt.

Another Round (Denmark), directed by Thomas Vinterberg, follows four friends, all high school teachers, while they test a theory that they can improve their lives by maintaining a certain level of intoxication at all times.

Another notable film is Ivan Ikić’s Oasis (Serbia), offering viewers a glimpse of the lives of children born with intellectual disabilities, abandoned by their families and placed in specialised institutions.

The Whaler Boy (Russia/Poland) by Philipp Yuryev is an adventure tale of young Chukchi Hunter Lyoshka who becomes spellbound by a stunning girl he finds online. The digital crush prompts him to set out on a dangerous journey to find his love.

Peel (Switzerland) is an animated documentary by Samuel Patthey and Silvain Monney, that follows the daily routine of a retirement home in an isolated location.

Dutch and painted animation Pilar tells the story of a post-apocalyptic city where nature is slowly reclaiming the streets.

Director Rubén Barbosa short feature, Influencer (Spain), will have its international premiere at the Gouna Film Festival. The film follows a popular influencer who has her four million followers stolen.

And last, but by no means least, Georgi M. Unkovski’s short, Sticker (Republic of North Macedonia) shares with us the experience of Dejan who, after an unsuccessful attempt to renew his car registration, falls in a bureaucratic trap that tests his determination to be a responsible father.

The film follows the journey of Sam Ali, a Syrian man who flees to Lebanon to escape the Syrian war, hoping to eventually join his lover in Paris. Stuck in Lebanon without any travel documents, Ali starts freeloading at an art gallery that has opened in the Lebanese capital Beirut, where he captures the attention of a famous American artist. The two men conclude a strange deal that will change Sam’s life forever.

The Man Who Sold His Skin was part of CineGouna SpringBoard’s “Projects in Development” selection during the festivals 2nd edition in 2018, where it was awarded $10,000 from Beelink Productions.