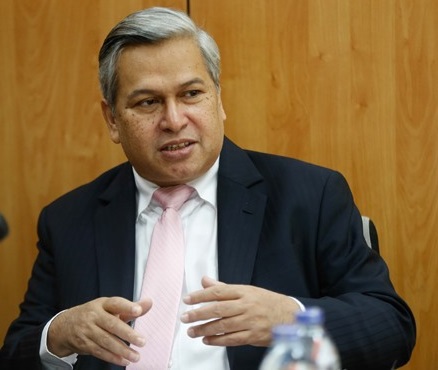 The volume of trade exchange between Egypt and Indonesia has reached $1.5bn over the past five years, according to Helmy Fawzy, Indonesian Ambassador to Egypt.

This high level of trade exchange means Egypt is one of Indonesia’s main commercial partners, Fawzy said. He added that Egypt acts as a pivotal gateway for Indonesian products moving into Africa.

Fawzy’s comments came during a meeting with the President of the Alexandria Chamber of Commerce on Monday.

He pointed out that Egypt’s participation in the annual Trade Expo Indonesia (TEI) in Jakarta has greatly contributed to promoting trade between the two countries. An increasing number of Egyptian tourists have visited Indonesia in the past three years, with promotional programmes in turn encouraging Indonesian tourism visits to Egypt.

The ambassador added that there are steady steps towards opening new horizons for relations between the two countries. This has particularly come after Egyptian President Abdel Fattah Al-Sisi’s official visit to the Indonesian capital, Jakarta, in September 2015 as part of his Asian tour. Al-Sisi’s visit gave a strong impetus and starting point for the development and strengthening of economic relations between the two countries.

He added that Egypt and Indonesia have many similarities that provide more room for cooperation. This includes infrastructure and communications and information technology which support economic development.

Additionally, Indonesia aims to establish more start-ups in the future, and to establish close cooperation with Egypt in this sector. Additionally, his country is looking to developing bilateral cooperation in commercial, economic, investment, innovative, scientific, artistic, tourism, cultural, and agricultural fields through exchanging advanced experience and results of scientific research, the ambassador elaborated.

Fawzy emphasised that the economic reform programme which the Egyptian government implemented between 2016 and 2019 took place through a clear and targeted strategy. He added that the reform programme worked to revitalise businesses, alongside industrial, commercial and investment projects, as well as Egyptian exports and import.

“Chambers of Commerce are the main arms for the successful coordination of commercial and industrial activities, and enhance cooperation in the field of development assistance, through exhibitions, missions and regional cooperation as hubs for multilateral organisations,” the ambassador disclosed.