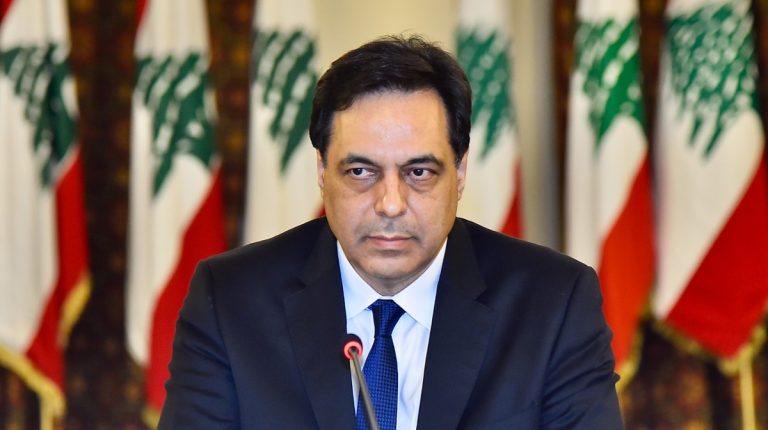 The entire Lebanese government, headed by Prime Minister Hassan Diab, resigned on Monday as part of the political fallout of last Tuesday’s explosion at Beirut’s port.

Diab is expected to give a speech to the public shortly.

Following the resignation, the already high tensions rose even further, as protestors gathered in front of the Lebanese parliament to demand the resignation of all Members of Parliament (MPs). The protestors threw stones at security forces, who returned tear gas.

During a United Nations (UN) Security Council extraordinary session on the Beirut explosion, the organisation’s Secretary-General Antonio Guterres said, “The economic repercussions of the Beirut bombing are great, and we are working to help Lebanon, medically and humanely.”

“Many people do not own homes now because of the Beirut bombing,” Guterres added, noting “The United Nations is participating in relief operations in Lebanon…and the World Food Program is providing Lebanon with basic materials.”

He also said that the economic repercussions of the Beirut bombing will be great, and that economic reforms must be achieved in Lebanon as a result.

“It is important to implement reforms to meet the long-term needs of the Lebanese,” Guterres said, adding, “Lebanon has a strong will and we will not leave Beirut alone. The explosion came at a difficult time as Lebanon faces economic difficulties and the effects of the coronavirus pandemic.”

He called for “strong international support for all those in need in Lebanon, especially the most vulnerable groups”.

Guterres pointed out that “a credible and transparent investigation must be conducted into the explosion in the Beirut port, and the accountability demanded by the Lebanese people must be achieved”.

The case of the huge explosion at Beirut port was referred to the Lebanese Supreme Judicial Council, on Monday, based on a proposal by recently-resigned Minister of Justice Marie-Claude Negm.

On Monday, the Lebanese authorities continued investigations into the huge explosion that took place in the Lebanese capital, which left more than 160 dead and thousands injured.

The authorities have arrested more than 20 people, including port and customs officials,  as well as engineers, pending an investigation. Among those arrested are Chairperson of the port’s Board of Directors, Hassan Quraitem, and Director General of Customs Badri Daher.

The news agency said that the judge heard a statement from the Director General of the State Security Service, Major General Tony Saliba, at the Palace of Justice in Beirut, although no further details were given. Saliba remained under arrest following the interrogation session that lasted for several hours, and which are set to continue.

This comes as protests continued outside Baabda palace on Monday to demand President Michel Aoun’s resignation. Ghazi Wazni, the country’s Finance Minister who had been a key negotiator with the International Monetary Fund (IMF) over a rescue plan to aid Lebanon’s failing economy, resigned his post on Monday.

This follows Negm’s earlier resignation, which she submitted to Prime Minister Hassan Diab. The Minister of Finance’s resignation was the fourth ministerial loss to Diab’s government, as the Minister of Environment and Administrative Development Damianos Kattar announced his resignation on Sunday. His announcement came a matter of hours after Minister of Information Manal Abdel Samad became the first minister to announce her resignation.

A number of deputies also submitted their resignations from the House of Representatives, including independents and members representing different parliamentary blocs. The raft of departures comes against the backdrop of the explosion and the sharp deterioration in economic and living conditions in the country.

The massive explosion in Beirut has ignited anti-government protests against the local government widely seen as corrupt and negligent.

Last Tuesday, a massive explosion took place in the port of Lebanon’s capital, Beirut, due to the improper storage of 2,750 tonnes of ammonium nitrate (equivalent to about 1,800 tonnes of TNT). The explosion killed 160 people and wounded 6,000 others, leaving half the capital damaged and more than 300,000 displaced.