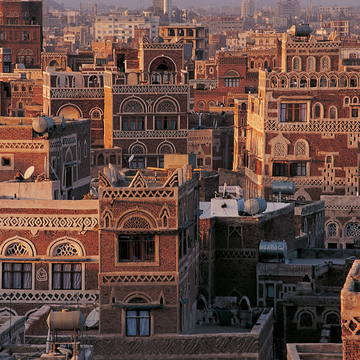 The Old City of Sanaa in Yemen, recognised as a United Nations Educational, Scientific and Cultural Organization (UNESCO) World Heritage Site, has been in serious danger due to heavy rains and storms.

Situated at an altitude of 2,200 metres in a mountain valley, Sanaa has been inhabited for more than 2,500 years. In the 7th and 8th centuries, the city became a major centre of Islam.

The city’s religious and political heritage is reflected in its 103 mosques, 14 public baths (hammams) and over 6,000 houses which date from before the 11th century. Their survival has often been precarious, threatened by conflict and neglect, with houses now collapsing under the heavy rains.

Appealing for help to find shelter amidst the ancient debris and mud, Al-Talhi said, “Everything we had is buried.”

The Sanaa authorities have been working for years with UNESCO and other funds to protect the city.

Deputy head of the Historic Cities Preservation Authority, Aqeel Saleh Nassar, said citizens today do not maintain these old buildings as in the past, leading to structural cracks and weakness.

Most of old Sanaa’s buildings have leaky roofs, and the roofs of about 107 have partially collapsed, he said. The Houthi rebels, who control the capital, appealed to UNESCO this week in order to save the city’s heritage. According to Houthi reports, the old city has witnessed the partial or complete of 111 houses.

“The families have no shelter. A local bank launched a campaign to distribute plastic sheeting to act as roofs,” he said.

The exceptionally heavy rains in 2020, which began mid-April, have not just damaged the city’s historical buildings, however.

They have also worsened the effects of the on-going war in Yemen, which has lead to what is internationally recognised as the world’s worst humanitarian crisis.

The war has already killed more than 100,000 citizens, and left 80% of the population reliant on aid and millions on the brink of famine. The ongoing heavy rains are helping in the spread of diseases such as cholera, dengue fever and malaria.

The city was added on the List of World Heritage in Danger in 2015 after the eruption of the civil war.