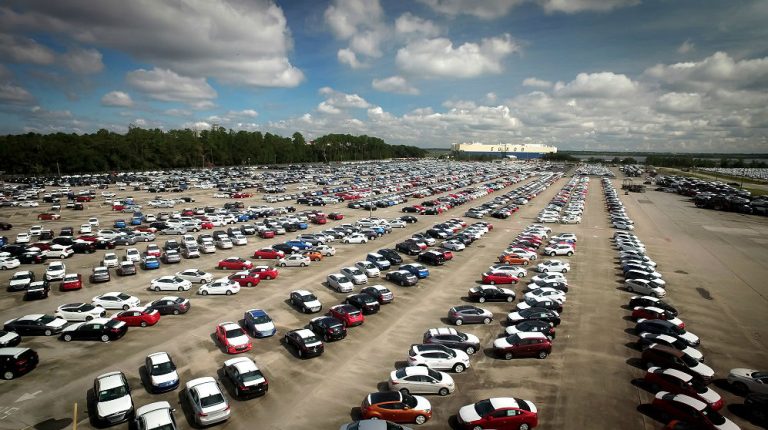 The novel coronavirus (COVID-19) pandemic has caused significant damage to most of the economic sectors worldwide, and most notably in the auto sector which has witnessed a significant decline in sales.

Hope, however, is gradually returning to the automotive market, with the gradual waning of the pandemic in its strength and the decision to co-exist with the virus.

Ahmed El-Ghorab, Director of B Auto, said that Egypt’s car market is currently witnessing recovery due to the Council of Ministers decision to restart the issuing of car licences. The council’s decision to also extend working hours at car show-rooms, from 9am to 9pm, has also positively impacted the sector’s work capabilities.

El-Ghorab added that one factor that has led to a revival in car sales during this period was the reduction in car prices at some selling agents in Egypt, to get rid of car stocks. Whilst the focus has been on reducing prices for 2020 models, customers have also been able to take advantage of discounts offered by dealers and agents on 2019 models as well.

He added that the instability of the foreign currency exchange rate and its impact on the economic situation has prompted customers to make quick purchase decisions. This has been stimulated by consumer fears that new auto sector fees may apply.

El-Ghorab noted that the sector’s previous habit of overpricing vehicles was based on several factors: no guidance on the appropriate price for some models (a value against price); low supply on models in the price of EGP 199,000 to EGP 300,000; the emergence of waiting lists for vehicles.

He revealed that Egypt’s car stocks available for sale in the market have decreased, due to the delay in the arrival of new stock from abroad throughout April and May. He also confirmed that there still remains a deficit in the supply chain, which may yet cause a further increase in car prices.

El-Ghorab pointed out that most automotive companies operating in Egypt will up their efforts in the second half of 2020 to provide for local market needs. This depends, however, on ports reopening following the pandemic, the stability of foreign exchange rates and markets, among other challenges.

El-Ghorab highlighted that some brands, such as Nissan, Renault, Fiat and JAC, have already released some 2021 models, with other brands set to follow suit in the coming three months until October.

Osama Abu Al Majd, head of the Egyptian Automotive Dealers Association, believes that automotive sales have slumped to 30%, given the difficulty for consumers in making a purchase decision. This comes particularly in light of high car prices, and the general prevailing uncertainty of the current economic circumstances.

He pointed out that over-pricing has returned due to the lack of stock for some models, as many factories worldwide closed due to the coronavirus pandemic. With automotive production much lower than normal, this has had a knock-on effect for agents, who have had to deal with low stocks from the beginning of the year.

Abu Al Majd revealed that a decision by Egypt’s Ministry of Finance last year will see 2021 vehicle models launched at the end of August. This move will, however, mean that customers will be asking far more questions before they make a purchase of this year’s models, particularly as they are more expensive than 2020 models.

Montaser Zaitoun, a member of the General Automobile Division of the Federation of Egyptian Chambers of Commerce (FEDCOC), said that the customers most likely to purchase cars, including expatriate Egyptians, either can no longer afford to do so, or have not returned from abroad. The few that can buy cars are fearful of leaving their homes.

He confirmed over-pricing has increased despite the lack of sales, with some car prices increasing by EGP 10,000-15,000 due to the limited supply.

Zaitoun said the delay in the release of 2021 models is due to the reduced production volume. This has been attributed to factory closures abroad for an extended period of time, and their following return with precautionary measures in place.

Mahmoud Hammad, head of the used car sector at the Egyptian Automotive Dealers Association, said the current high demand for used cars is due to consumer’s finding the lower prices of used cars more attractive. This preference is also due to the consumer desire to avoid public transport because of the coronavirus.