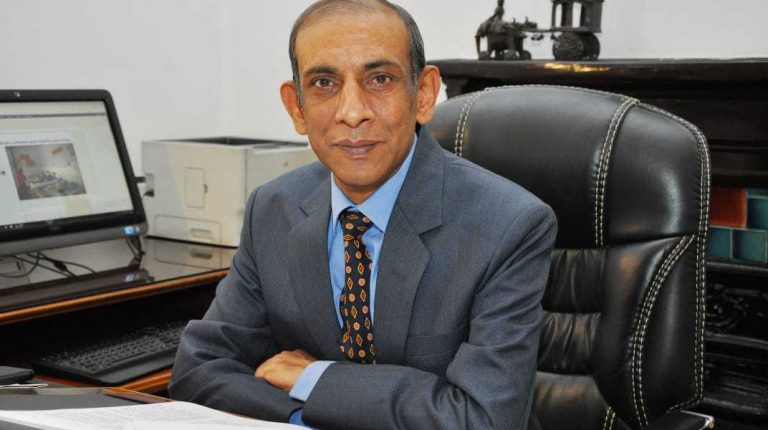 India-Egypt trade exchange totalled $4.53bn during India’s fiscal year (FY) 2019/20, despite the disruptions in February and March 2020 due to the novel coronavirus (COVID-19), according to Ambassador of India to Cairo Rahul Kulshreshth.

The fiscal year in India extends from April to March, In an interview with Daily News Egypt, Ambassador Kulshreshth said his country hopes to have a clearer idea regarding trade levels for FY 2020/21 in the remaining part of this year. He added that, while trade may be momentarily affected by the coronavirus pandemic, India remains optimistic about the medium term prospects of India-Egypt trade.

Kulshreshth emphasised that Egypt has traditionally been one of India’s most important trading partners in the African continent. He noted that the trade exchange between India and Egypt increased from $3.68bn in India’s FY 2017/18 to $4.55bn in FY 2018/19.

Ambassador Kulshreshth told us more on India’s investments in Egypt, which represents the most significant area of cooperation between the two countries, alongside the Egyptian exports to and imports from India, and the resumption of tourism between India and Egypt.

What do you think of Egypt’s economic performance especially amid the pandemic? Also, what is your evaluation of the Egyptian investment climate?

Egypt is among the few countries with a positive economic growth outlook for 2020. This speaks for itself for the economic consolidation and reforms carried out during the preceding five years.  The government has made a strong, focused effort to create an investment friendly climate, open and encourage opportunities in several fields, address bottlenecks, upgrade infrastructure etc. Coupled with its location and other advantages, these steps will ensure that Egypt remains a promising investment destination.

Can you tell us more about Egypt-India trade exchange in the first half of 2020?

What are the main Egyptian export and import items with India?

The main Egyptian export items to India are crude oil, crude fertilisers, manufactured fertilisers, and inorganic chemicals. The main Egyptian import items from India are petroleum products, cotton yarn, motor vehicles/cars, processed minerals, and buffalo meat. As India and Egypt offer large markets, we believe that it should be possible to further diversify the trade basket, and thus raise the trade volume.

It is reported that Egypt is one of India’s main investment destinations in Africa, is this true? In what sectors are these investments?

Egypt is an important investment destination for India in Africa. Indian investments in Egypt stand at over $3.3bn in a broad range of sectors, including electronics, automobile, pharmaceuticals, apparels, chemicals, power transmission, and so on.

Do you expect further increase in Indian investments by the end of 2020?

Indian companies have been actively exploring investment opportunities in Egypt. You would recall that last year in November, the Confederation of Indian Industry (CII) organised the CII – EXIM Bank regional conclave in India – West Asia and North Africa (WANA) conference in Cairo for the first time. The event was held in collaboration with India’s Ministry of Commerce and Industry, Ministry of External Affairs, and the Export-Import Bank of India. A total of 24 companies from India and representatives of the India Business Forum attended. TCI Sanmar has already executed an expansion of their plant at Port Said, and a couple of other Indian companies with operations in Egypt have similar plans. So, we do expect Indian investments to go up.

How many Indian companies are currently operating in Egypt? How many direct job opportunities do they provide?

What are the main challenges that may prevent Indian companies and private sector entities from investing in Egypt? And what are your recommendations to attract more?

Investors would certainly like to see further streamlining of procedures, mechanisms for faster clearances in a timely manner, quick and simpler procedures registration, provision of long-term business visas, easing of restrictions in the pharmaceutical field, these are some of the things that come to mind.

I think there is also information gap in India about Egypt’s reform programme and the emerging opportunities in Egypt, which needs to be addressed by the Federation of Egyptian Chambers of Commerce (FEDCOC). More Egyptian business delegations should visit India, hold road-shows, participate in trade fairs, and interact with Indian counterparts. Of course, the immediate challenge is to ensure that bilateral trade and investments continue smoothly and, to this end, businesspeople and FEDCOC, as well as the concerned government agencies, need to work together, explore out of the box solutions.

Virtual business exhibitions, seminars, conferences would help maintain the momentum. Given that economic fundamentals in India and Egypt are basically strong, I am optimistic about the long-term prospects of India-Egypt economic and commercial cooperation.

Can you tell us about major Egyptian investments in India?

How many Indian tourists visited Egypt during the first two months of 2020?

When will India resume flights to Egypt? What is your target by the end of 2020, especially after the resumption of international tourism in Egypt?

India’s aviation regulator, the Directorate General of Civil Aviation (DGCA), has extended the ban on international flights until 31 July  2020. We hope that normal air traffic between India and Egypt will be restored as soon as possible.

Could we talk in depth about the Indian development projects in Egypt?

Briefly, the Solar Electrification Project at Agaween village in Matrouh Governorate was completed successfully and handed over to the Egyptian side in March 2016. The project provides electricity to 40 houses, a school, a mosque and community centre there. Equipment and machinery, among other items, were supplied from India under development assistance for the upgrade of the Vocational Training Centre (VTC) in Textiles in Shoubra El-Kheima, Cairo. This project was completed in May 2016. A Centre for Excellence in IT (CEIT) at Cairo’s Al Azhar University, which became functional in 2019, was established also under India’s development assistance. CEIT has two Computer Labs for 50 students, a virtual classroom, and an office & data centre, among other sections. Two Indian trainers have also been deputed to the CEIT. These are projects of recent vintage. But you might recall the Pan Africa E-Network Project in Alexandria University, which was set up in July 2009. Alexandria University entered into Memorandums of Understanding (MoUs) with three prominent Indian Universities, namely the Indira Gandhi National Open University (IGNOU), New Delhi (MBA courses), University of Madras (Masters in IT) and Amity University (MBA). The Tele-medicine Centre under the Project  became operational in November 2009 at the Centre for Women’s Health and Development in Alexandria and offered online medical consultation in various medical disciplines. Seven Universities and twelve leading Super Specialty Hospitals in India associated with this Project. The next phase, the e-VBAB (e-VidyaBharati and e-ArogyaBharati Network) , is under  discussion.

Could you tell us more about the technical cooperation and assistance which has been a major part of the Egypt-India bilateral relationship?

Since 2014-2015, 839 Egyptian candidates have attended training and educational programmes in India under the ITEC (Indian Technical and Economic Cooperation) programme, IAFS (India-Africa Forum Summit)scholarships and CV Raman Fellowship. ICCR (Indian Council for Cultural Relations) provides scholarships to Undergraduate, Postgraduate and PhD programmes. Since 2015, 60 Egyptian candidates have been granted these scholarships. Young Egyptian diplomats have also attended the Professional Course for Foreign Diplomats (PCFD) at Sushma Swaraj Institute of Foreign Service (SSIFS), New Delhi. In 2019, a special course for young Egyptian diplomats was organised in which 13 diplomats from [Egypt’s] Ministry of Foreign Affairs participated. Additionally, scholarships are also provided for learning Hindi Language. On the other hand, presently about 300 Indian students are studying in Egypt, mainly at the Al Azhar University.

What are the plans of the Indian Embassy to Cairo in the next few years?

We have , and we are continuing to adapt to the situation and endeavouring to push forward the bilateral agenda, notwithstanding the constraints imposed by the pandemic. As soon as circumstances permit, the Embassy will conduct planned programmes and activities with the same vigour and enthusiasm as in the pre-COVID times.