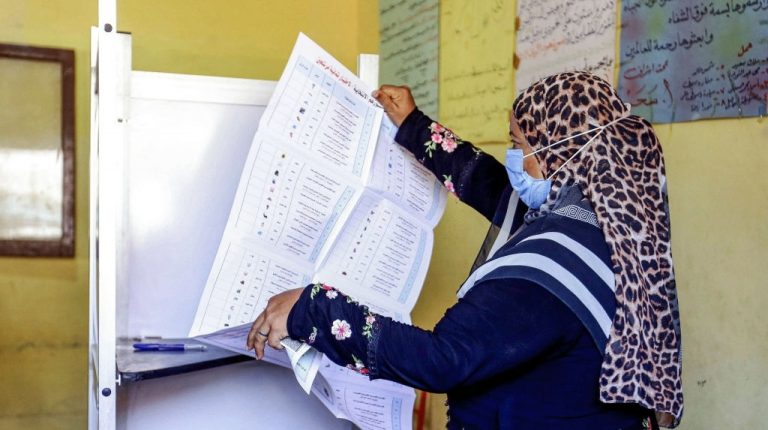 Egyptians headed to cast their votes at polling stations, on Tuesday, in the Senate elections, the country’s new second legislative chamber.

The elections were held amid tight a security presence and strict precautionary measures due to the novel coronavirus (COVID-19) pandemic. The Armed Forces and the Ministry of Interior have put in place tight controls to safeguard polling stations and the electoral process.

Moreover, Minister of Health Hala Zayed said that 7,000 medical teams have been deployed at polling stations to provide medical care, if needed. At the entrance of the balloting places, voters will have their temperatures measured, to sieve out those with fever or respiratory symptoms. Free face masks will also be available.

Zayed added in televised remarks that the first day of voting witnessed some cases of syncope among elderly voters.

The Senate election is set to take place over two days, on Tuesday and Wednesday, at 11,500 polling stations across the country. Polling stations will remain open between 9:00 and 21:00 local time on both days, with the result due to be announced on Wednesday, and published in the Official Gazette on 19 August.

A total of 63 million citizens are eligible to cast their ballot in the elections, with expatriate Egyptians having already voted on 9 and 10 August.

Large election banners and posters for Senate candidates, which have been very much in evidence in Egypt’s streets in the past few weeks, have seemingly compensated the country’s advertising industry for the negative impacts of the coronavirus.

About 18,000 judges and 120,000 employees are supervising the electoral process, alongside 27 general committees representing governorates and about 14,000 sub-committees.

In July, the Parliament approved Law No. 141 of 2020 on the formation and election of the Senate, that will involve 200 elected members and 100 others appointed by the president.

The Senate replaces the previous Shura Council that was dissolved in 2014. The constitutional amendments that were passed by 88.83% in a nationwide referendum in 2019 provided for the creation of the Senate.

The newly-revived Senate acts as an advisory body, assigned to provide opinion in amending constitutional articles, reconciliation treaties and draft laws referred by the President or the House of Representatives.

The Senate is also assigned to give its opinion on what it views as sufficient to lay the foundations of democracy and support social peace, as well as on society’s basic foundations, rights, freedoms and public duties, according to the law.

Only one closed list has been submitted in the election, formed of 11 parties including the Wafd Party, the Republican People’s Party, and the National Progressive Unionist Party. It is headed by the pro-government Mostaqbal Watan Party.

Candidates running election as individual are either independent or belong to parties.

The Senate elections come at the same time as the country has witnessed a slight increase in coronavirus cases, after nearly a month of a sharp decline. The Ministry of Health has advised voters to follow precautionary measures to avoid infection.

The National Elections Authority (NEA) has also put in place strict controls during the elections to avoid the spread of the coronavirus among voters. These include adhering to social distancing and wearing face masks, and the provision of sanitisers and gloves.

The NEA had banned Senate candidates from holding electoral conferences or rallies in the run-up to elections, to avoid further spread of the virus.