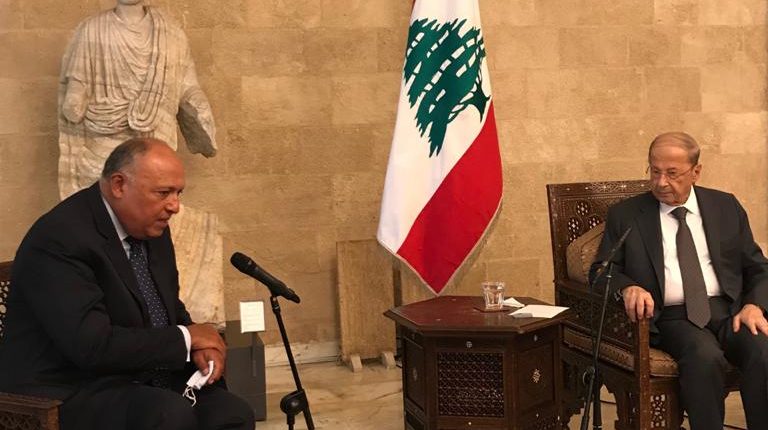 As Shoukry landed in Beirut on Tuesday as part of a visit expressing solidarity, he asserted that Egypt would create an air bridge providing relief and humanitarian aid, and a sea bridge for reconstruction.

Shoukry added that Egypt is intensifying its efforts in all fields to stand by the Lebanese people during this time of crisis.

“We have a directive to work closely, through Egyptian government agencies, to meet the needs and priorities of Lebanon as soon as possible,” Shoukry explained.

During his visit, Shoukry will also conduct an inspection visit of the Egyptian Field Hospital in Lebanon, followed by a meeting with Speaker of Lebanon’s Parliament, Nabih Berri.

The Egyptian minister will also hold a series of meetings with senior politicians and leaders of political parties, as well as with former Prime Minister Saad Hariri.

On Monday, Egypt sent the third shipment of urgent medical and relief supplies to the Lebanese capital, Beirut, a statement by Egypt’s Armed Forces said.